The Top 5 Candidates For The Lakers Job, As Of 5/8 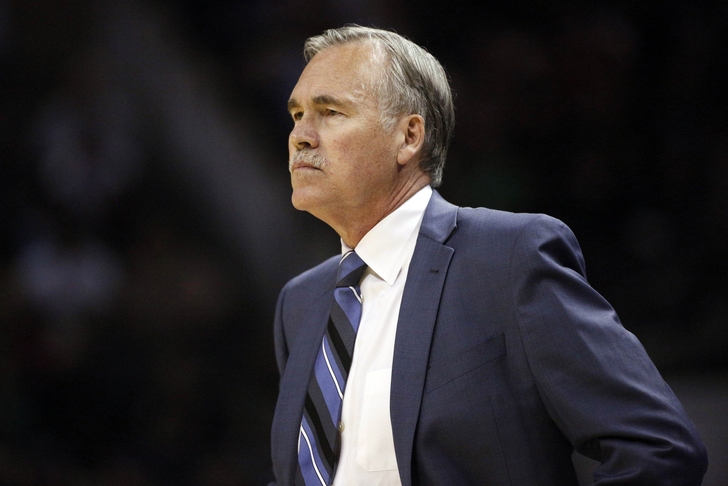 There have been no shortage of names linked to the vacant Los Angeles Lakers coaching position, and we're here to help you cut through the rumors and identify the real possibilities.

The Lakers have requested a meeting with Jackson, fired by Golden State on Monday, and he isn't expected to stay unemployed long. His congregation is based in Los Angeles, he connects with his players like few other coaches out there, and there's every reason to think he'd take the job if offered. His relationship with upper management wasn't ideal, but the Buss family and Warriors owner Joe Lacob have very little in common.

Karl is interested, and that by itself should vault him to the top of the shortlist. The 2012-13 NBA Coach of the Year is one of the biggest names currently on the market, and he brings an excellent track record to the table. He'll have a job somewhere next season...will it be in LA?

Scott topped yesterday's leaderboard, and he's going to be a finalist for this job unless someone swoops in and knocks management off their feet. Scott has history with the Lakers organization, and he may have one ace up his sleeve that other candidates don't have - a close relationship with Kobe Bryant.

Prying Thibodeau away from Chicago is no easy task, but as long as the Lakers think it's a possibility, they'll keep trying. The closest thing the league has to a defensive mastermind, Thibodeau worked wonders with a Bulls team that had looked lottery-bound when Derrick Rose went down. Chicago has no intention of letting him walk, but he's been completely silent about his future.

Think of Hollins as the anti-D'Antoni. A coach who emphasizes team defense and taking care of the little things, his approach would be a breath of fresh air to Kobe Bryant, who chafed at D'Antoni's "just score more points than they do" game plan. No interview has been scheduled, but Hollins has expressed interest and Mitch Kupchak reportedly has him near the top of his wishlist.

For all the latest Lakers coaching rumors, make sure to subscribe to the Chat Sports Lakers team page.