The Los Angeles Lakers are worth HOW MUCH after the Clippers sale? 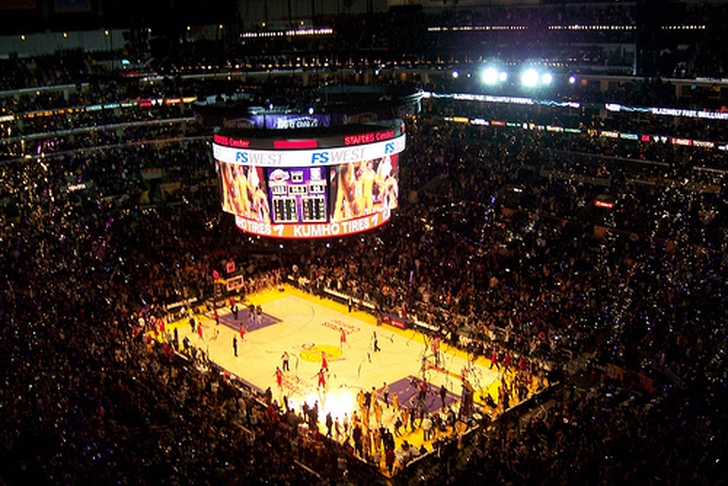 The Buss family has Microsoft CEO Steve Ballmer to thank if they ever decided to sell the Los Angeles Lakers to the highest bidder.

After Ballmer purchased the Los Angeles Clippers for a record $2 billion dollars, a fierce debate has begun over how much other, more established franchises should valued at in relation to the sale.

Forbes' annual estimate of all 30 NBA franchises' value had the New York Knicks topping the list at $1.4 billion dollars - $600 million less than the Clippers sold for last week.

With this in mind, Business Insiders decided to their own estimate of the value of each NBA franchise after the Clippers sale - valuing the Lakers at an insane $4.7 billion dollars...

Which is still $170 million less than the New York Knicks!

Check out their full updated chart below:

Thanks to Ryan Ward of Lakers Nation for the find.