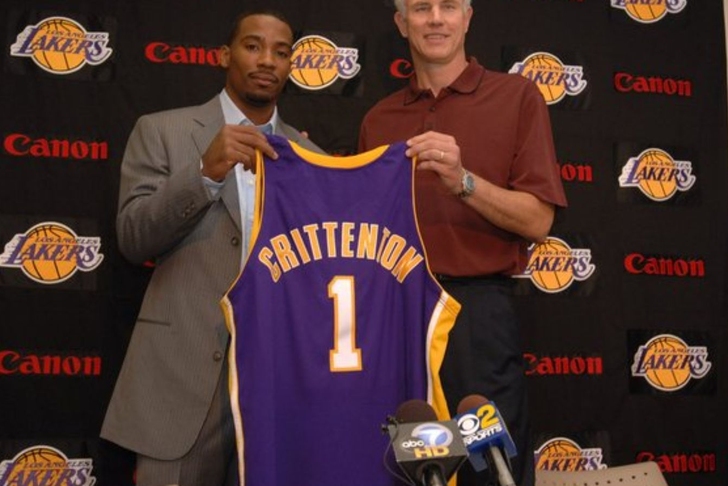 Los Angeles Lakers fans are both excited and nervous about the upcoming road to the 2015 NBA Draft, but we have a few cautionary tales we have to share before the draft noise gets ratcheted up a few notches. Here's our list of The 3 Worst Draft Picks In Los Angeles Lakers History. Carr was a highly-touted member of the 1976 gold-medal USA Basketball squad, but that success didn't translate to his time in Hollywood. Carr spent just two seasons in Los Angeles, languishing at the back of the team's frontcourt rotation at a scant 15 minutes per game. He would go on to have a solid journyman career elsewhere, but not nearly up to the level of a #6 pick.

We include this pick with a caveat, as Crittenton was one of the key pieces of the trade with the Grizzlies that brought Pau Gasol to Staples. However, we have to include him based on the sheer busty bustiness of his short NBA career. Crittenton served as an ineffective and/or inconsequential role player for three teams over his two years in the league, but it's the sad story of his murder conviction, subsequent additional legal problems, and 23-year prison sentence after a guilty plea to voluntary manslaughter that makes him such a troubling tale. Pegged as a change-of-pace option behind a 30-year-old Magic Johnson, Rivers couldn't even crack the team's regular rotation in year one before being exposed to the 1989 Expansion Draft. The first-year Minnesota Timberwolves chose him, but subsequently waived before playing a single game. He meandered around with the Clippers through 1990 before making a solid career for himself in Europe. A surefire miss.