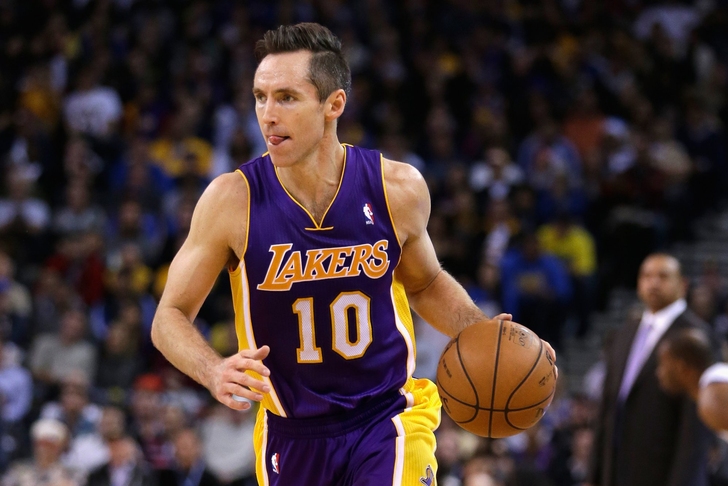 The Los Angeles Lakers were hoping that Steve Nash would help them win another championship, but injuries have derailed his career since they acquired him.

Many assumed he would end his career when he was ruled out for the entire season due to nerve damage in his back. However, Nash is still under contract, and the Lakers were hoping to keep him around to help mentor some of their younger players.

Nash doesn't seem to be all that thrilled with that role - so much so that he's not returning head coach Byron Scott's phone calls.

"I'll try him again when I get some more free time tomorrow or Monday or something like that," Scott said. "I know he's probably going through a tough time as far as trying to adjust to life without basketball at this particular point."

Yet perhaps the strangest thing about this situation is that Nash has been eager to serve as a mentor for young Canadian basketball players while serving as the GM of the Canadian National Team.

Nash could simply be having a tough time getting used to the idea of life without basketball, but this is not going to help his image with Lakers fans.