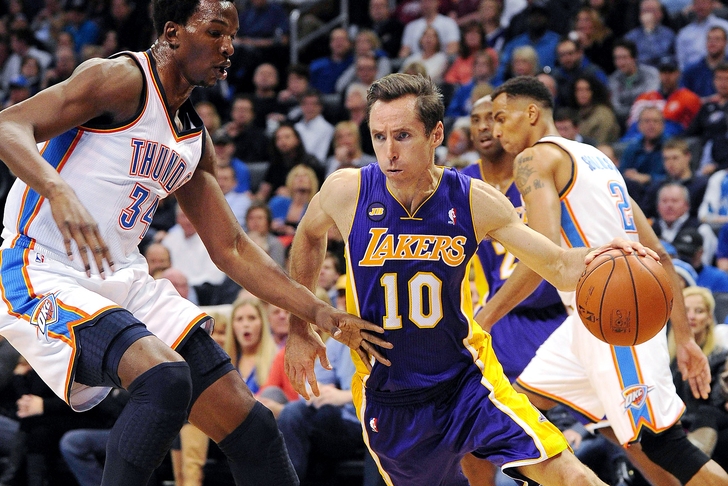 Future Hall-of-Fame point guard Steve Nash is forced to sit out the 2014-15 NBA season due to several injury issues related to his back.

Keeping that in mind, this next post by Nash showing off his golf game is catching some major heat from irritated Los Angeles Lakers fans on Instagram:

Almost fell over. Glad my cheerleader was on hand.

With the Lakers stumbling to their first 0-4 start during their time in Hollywood, fans are proceeding to take their frustration out in the comments section of Nash's post:

shrekboiiOh but now you can swing a golf club? Smh Nash

jeirLol #trolling ... Reading these comments must be hilarious

bustoslife@alloy2000 but his back hurts

Granted, swinging a golf club might actually be helpful for Nash's back problems...however, that isn't making the Lakers' struggles any more palatable for the fan base.