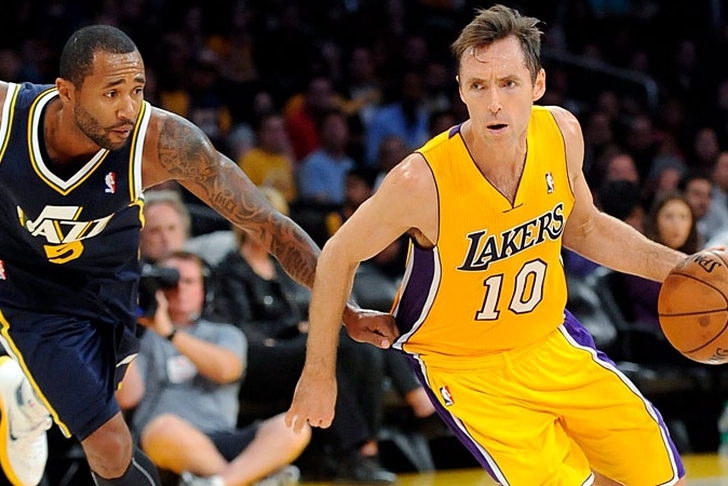 In today's look into the world of Lakers rumors, the Los Angeles Lakers could be on the brink of trading the seventh overall pick in the 2014 NBA Draft to the Philadelphia 76ers - along with unloading point guard Steve Nash in the process.

More Embiid fallout. Lakers could move Nash and #7 to Philly for MCW and T Young. 76ers would take Exum at #3.

By landing both Michael Carter-Williams and Thaddeus Young, the Lakers would most definitely find themselves better off from the 2014-15 perspective.

Carter-Williams is the current NBA Rookie of the Year and Thaddeus Young provides instant scoring and shooting efficiency to a team who could use all the secondary weapons they can get.

However, with this year's draft being as deep as it is, trading away a lottery ticket like the #7 pick still comes with a strong amount of risk. Unloading Nash's contract would mean some wiggle room, but losing out on a Marcus Smart or Aaron Gordon could prove troublesome in the long run.