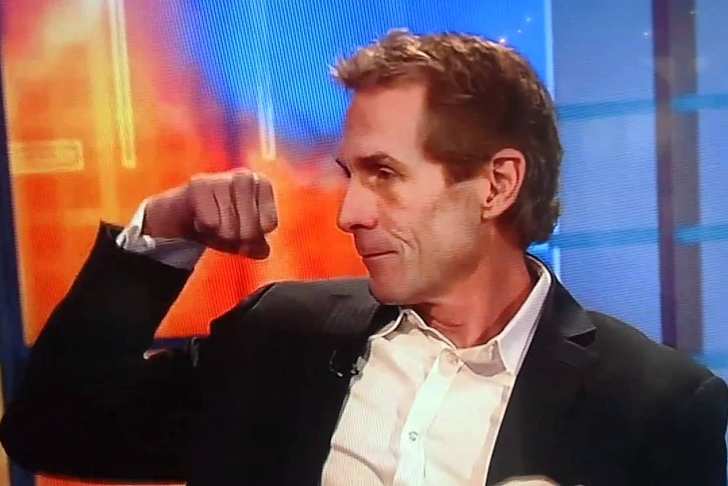 "Remember Kobe pre-Eagle, Colorado?" Bayless said on Tuesday's edition of First Take. "He failed in his first sneaker deal because he was too clean cut? I think it was Adidas that had him first?

"He couldn't sell sneakers because he didn't have enough edge," he said. "But post-Eagle, Colorado, it brought a little attention to him, like it gave him a little bit of ... sizzle."

First Take co-host Cari Champion had to awkwardly change the subject, but it was too late for Bayless to take it back.

Morality and decency aside, Bayless is completely wrong - Kobe was #3 in the NBA in shoe sales before his rape accusation, and he didn't release another shoe until the case was dropped almost a year later.

At this point, it's painfully obvious that Bayless isn't out there delivering "hot takes" because they're based on things he actually believes - he's trying to generate controversy, which in turn drives up his ratings. It's a cheap (but successful) formula for ESPN, but it also leads to cases like this, where his mouth spews something out before his brain has a chance to realize how stupid, offensive, and insulting it is.

To suggest that kids were buying Kobe's shoes because he was accused of rape is about as broken as logic gets, and it's a shame that ESPN feels the need to broadcast Skip's trolling to millions of viewers on a daily basis. Sports fans deserve better.