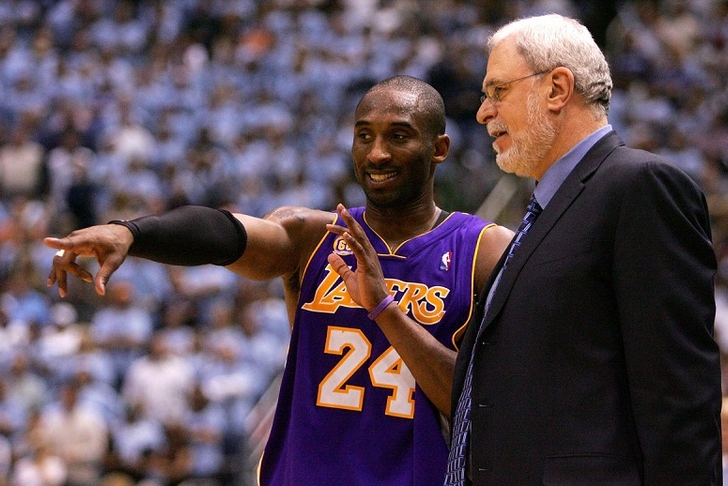 The Los Angeles Lakers are not going to be good this season.

They had expectations of finishing in the bottom five teams in the Western Conference, and now things have only gotten worse after an 0-2 start and the loss of rookie Julius Randle for the season.

Los Angeles is in need of a major rebuild, but the massive contract they're paying Kobe Bryant has severely hampered their ability to do so. One option to speed that process up, and something that the Lakers have discussed, is to trade their long-time superstar.

But who would want to take a 35-year-old they'd have to pay $48.5 million over the next two seasons?

The New York Knicks are the team that may wind up as that potential trade partner, according to ESPN's Chad Ford.

Not only would Bryant be reunited with former head coach Phil Jackson and long-time teammate Derek Fisher, but the Knicks actually have intriging assets they can offer the Lakers.

Iman Shumpert and Tim Hardaway, Jr. are two young guards that have enormous potential, and New York can flip one of the two bad expiring contracts of Amare Stoudemire and Andrea Bargnani to make the salary cap numbers work. The Knicks also have a first-round pick they can offer.

The Lakers will get to keep their 2015 first round pick if it lands in the top-5 in the draft lottery - if not, that pick will go to the Suns as part of the trade for Steve Nash. Getting rid of Kobe would certainly make L.A. a lot worse, which might be a good thing for the future.

Chad Ford wrote about how it's in Los Angeles' best interest to lose now, which keeping Kobe inhibits:

It certainly seems far-fetched - and Kobe has expressed his desire to stay a Laker for life - but this is reportedly a serious option for both sides.