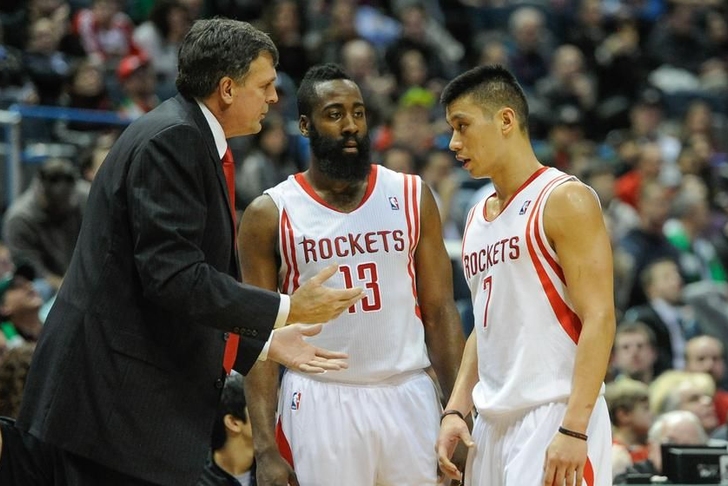 Lakers point guard Jeremy Lin made his debut in the purple-and-gold last night against his former team, the Houston Rockets, in a game that featured some harsh feelings on both sides.

Not only was Dwight Howard returning to L.A. (him and Kobe got into a brief scuffle), but Lin wanted to show the Rockets that they made a mistake in trading him.

Houston sent Lin to Los Angeles after they used his No. 7 jersey on Carmelo Anthony in a billboard during their pursuit of Anthony in free agency, which Lin says he took "as a signal".

Rockets head coach Kevin McHale also demoted Lin to a bench role during most of last season, and had some tough words about his play after last night's game.

“Jeremy plays the same way all the time and goes into attack mode. Sometimes it works, sometimes it doesn’t work,” he said. “Most of the time, he plays for you. Other times, he’s playing for the other team.”

Lin is starting in Los Angeles for Steve Nash, who will miss the whole season due to ongoing back issues. He had seven points, six assists, and four turnovers in the Lakers' 108-90 loss to Houston.