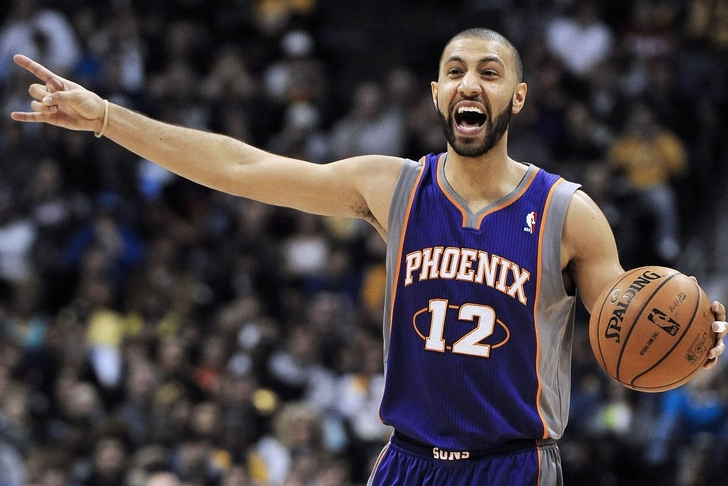 With news of their current "point-guard" Kobe Bryant being out six weeks or more and their other three point guards Steve Nash, Steve Blake and Jordan Farmar all nursing injuries, the Lakers needed to make a move to get another PG on their roster. Enter Kendall Marshall, the deal was originally reported by Adrian Wojnarowski of Yahoo Sports via twitter.

Kendall Marshall was in Austin, Tex., with Delaware 87ers and catching a flight to Los Angeles tonight to join Lakers, sources tell Yahoo.

Kendall Marshall has been playing for the Deleware 87's in the NBA Developmental League so far this season and was averaging 19.4 points and 9.6 assists through seven games. A former North Carolina Tar-Heel product, Marshall was drafted No. 13 overall during the 2012 NBA draft by the Phoenix Suns. A coveted guard coming out of North Carolina, Marshall looks to join Xavier Henry, Wesley Johnson and Jordan Hill as the group of first-round picks earning a second chance from the Lakers after falling out of fortune with their original clubs.

Marshall will likely play backup to Henry on Friday against the Timberwolves assuming that Farmar is once again not able to go. Marshall is a pass-first point guard with a very high basketball IQ after playing under Head Coach Roy Williams for two seasons at North Carolina. His athletic ability and lateral quickness can be a cause for concern but besides Farmar, the Lakers are used to this from the point guard position. Marshall undoubtedly will be playing with a chip on his shoulder to show not only the Suns and Wizards but the NBA as well that it is far too early to give up on him.f

The deal has yet to be confirmed by the Los Angeles Lakers. The specifics of the deal are not yet released but is expected to be a one-year contract.