Report: Lakers to focus on "big free agent" in 2015, done looking this year? 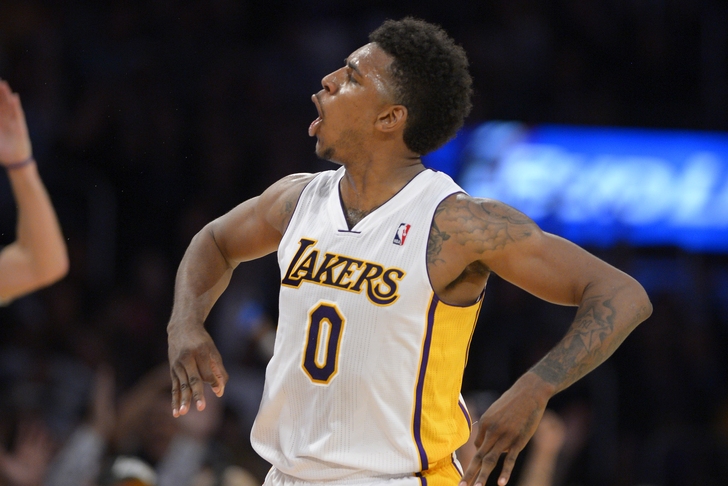 The Los Angeles Lakers could be changing directions with their plans for the 2014 NBA free agency period, preferring to redouble their efforts at landing a top-tier free agent during the summer of 2015.

According to Ramona Shelburne of ESPN.com, today's re-signings of Nick Young and Jordan Hill signal a shift in the team's philosophy for this offseason:

Lakers plan is pretty much to try again with big free agent next summer, hence paying big $ for one-two year deals like JHill

They chose Nick Young and JHill over other free agent options. Still have an offer out to Pau, but that's unlikely now — Ramona Shelburne (@ramonashelburne) July 12, 2014

After locking down Young at four years and $21.5 million, along with Hill at two years and $18 million, Lakers general manager opted for rewarding two standouts from the 2013-14 season over redirecting that cash towards a marquee free agent.

Couple that with the team's trade for Jeremy Lin and his $8 million-plus cap hit earlier today, and it's easy to see why the Lakers could be changing their tact at the present moment - opting to find cost-effective complementary talent rather than making a giant splash in this year's marketplace.

For all the latest on the Lakers' offseason, stay tuned to Chat Sports and our Los Angeles Lakers team page.