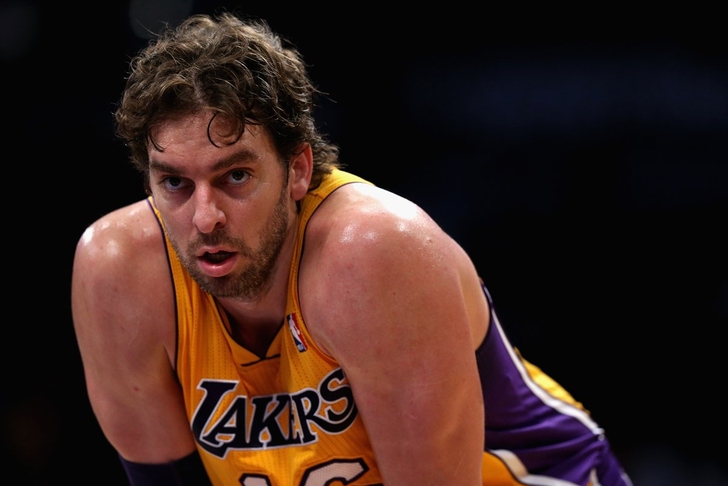 The Los Angeles Lakers are reportedly in talks about a three-way sign-and-trade which would send Pau Gasol to Chicago while landing Los Angeles some assets for the future.

Here's Mike Bresnahan of the Los Angeles Times with the scoop:

Lakers in 3-way talks that would send Pau to CHI + net them 1 or 2 picks. As of now, no players coming back to Lakers. 3rd team possibly HOU

While the Lakers might have originally preferred to net some NBA-ready talent for Gasol, the prospects of losing out on compensation altogether could grease the wheels on this potential trade scenario going forward.

There is currently no word on exactly what the Houston Rockets would receive in this proposed deal. It is possible that Houston could provide one of the picks headed the Lakers' way while picking up a player from Chicago.

However, at this point we are merely in the realm of speculation until more concrete deals come out.

For all the latest on this potential trade, stay tuned to Chat Sports and our Los Angeles Lakers team page.