Report: Lakers Refused To Give Up Julius Randle In Trade For Rajon Rondo 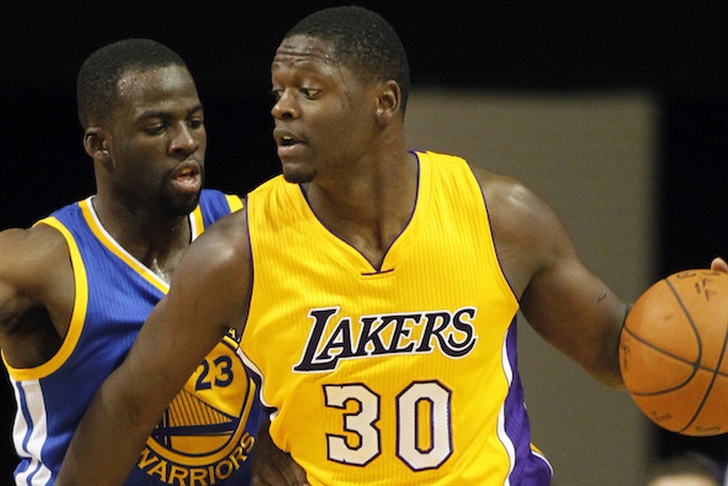 Before the Boston Celtics traded point guard Rajon Rondo to the Dallas Mavericks, the Los Angeles Lakers were actually the frontrunners to land him.

Both sides discussed multiple deals - including one that would've sent both Rondo and Jeff Green to Los Angeles for Steve Nash's contract, Jordan Hill, and a number of draft picks - but a majority of the talks centered around the Lakers giving up first round pick Julius Randle.

According to Yahoo Sports' Marc Stein, Los Angeles refused to do so, which was a big reason why the Celtics moved on.

Boston decided the package that Dallas had to offer was more appealing than what the Lakers could offer without Randle, acquiring Brandan Wright, Jae Crowder, Jameer Nelson and a future first- and second-round draft pick.

Randle is out for the season with a broken leg he suffered in the season opener.