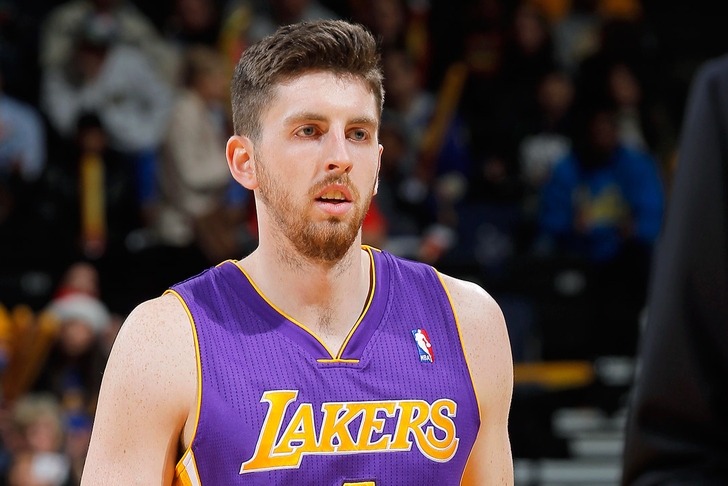 What was originally termed as a strained right hamstring for Los Angeles Lakers power forward Ryan Kelly during Sunday's 136-115 loss to the Golden State Warriors has turned out to be much more serious than initially thought.

According to Marc J. Spears of Yahoo! Sports, Kelly will be out at least six week with a tear of his right hamstring:

Lakers say forward Ryan Kelly has a tear of his right hamstring. He is expected to be out a minimum of six weeks.

After the game, Scott said that the injury Kelly sustained was in a different part of the hamstring than that which Kelly previously injured.

Regardless, Kelly will now be out for at least a month-and-a-half after already missing eight of the team's first ten regular-season games due to injury. A Lakers team already besieged by injuries will once again have to scramble lineup-wise to field depth in the frontcourt.