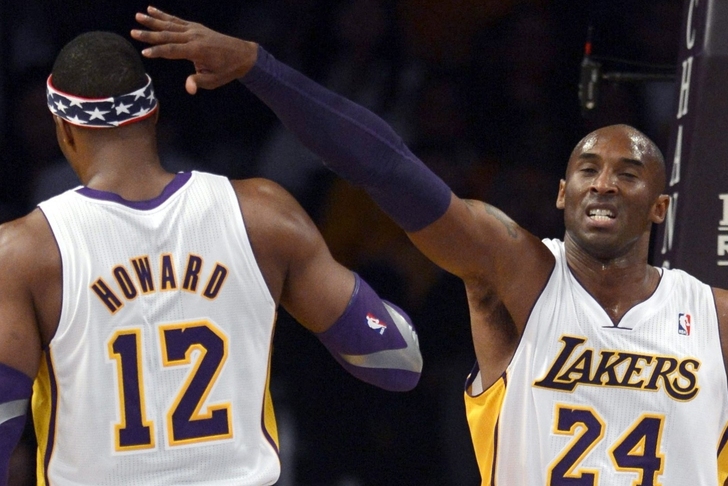 The Los Angeles Lakers host the Houston Rockets in their season opener on October 28th, marking the first time that Kobe Bryant will play against Dwight Howard since the All-Star center left for Houston in free agency.

While the reasoning for Howard's departure remains subject to debate, Ken Berger of CBS Sports reports that Kobe viewed Howard leaving as "a positive":

Only weeks before his comeback from the Achilles injury ended so abruptly, Bryant signed a two-year, $48.5 million contract that will pay him $25 million next season at age 37. While the arrangement virtually assured that Bryant will retire as a Laker, it also hindered the team’s quest for a free-agent star around whom it could forge a new path once he’s gone. Though Bryant viewed Dwight Howard’s free-agent departure in 2013 as “a positive,” according to a person close to him, the Lakers barely got this past summer’s prime free agents, James and Anthony, to give the franchise a passing thought. Why is that?

Howard's one year with the Lakers had its ups and downs to be sure, and his personality seemingly did not fit with both Lakers fans and Kobe himself.

Regardless, there will likely be plenty of intrigue with Howard and Kobe take the floor in opposing uniforms on Tuesday.