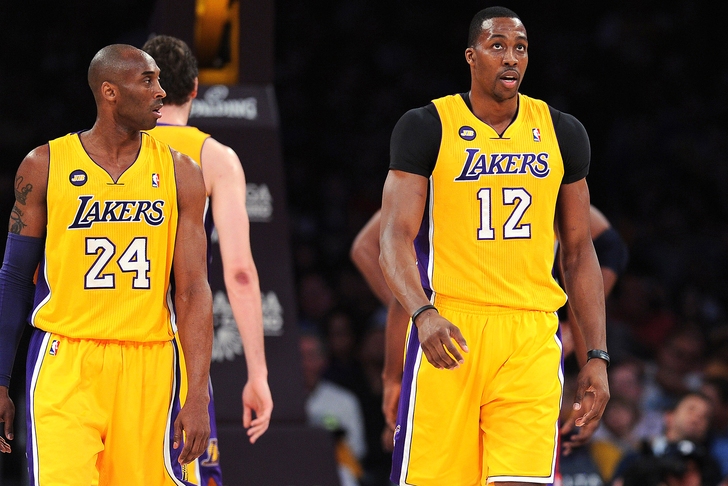 In the summer of 2013, Dwight Howard's strange and disappointing time with the Los Angeles Lakers came to a quick end. This came after a one-season odyssey filled with reports of locker room division, injury, and a perceived rift between Howard and Kobe Bryant.

Howard's production in 2012-13 would seem to reflect such claims, as Howard posted his lowest scoring (17.1) and rebounding (12.4) averages since his 2006-07 NBA campaign with the Orlando Magic.

In the updated version of his book, Eleven Rings, former Lakers head coach Phil Jackson indicates that Howard's discomfort over playing with Kobe could be the primary reason for Howard's departure to the Houston Rockets in free agency:

And Kobe made a moving speech during the pitch, promising to teach Dwight the secret of winning championships that he’d learned from the best in the game.

If the meeting had ended there, it might have worked. But after the presentation, Dwight asked Kobe what he was planning to do after he recovered from his Achilles injury. Was this going to be his last year? “No,” replied Kobe. “I’m planning to be around for three or four more years.”

At that point, according to others in the room, Dwight’s eyes went blank and he drifted away. In his mind, the game was over. […] A few days later he announced that he was signing with the Rockets.

Special thanks to the New York Daily News for the excerpt.