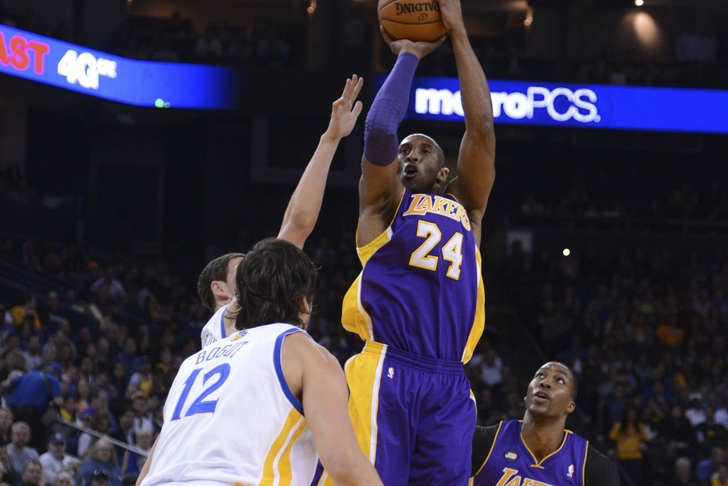 The Denver Nuggets (5-7) bring a three-game winning streak with them to Hollywood for Sunday's matchup with the Los Angeles Lakers (3-10) at Staples Center.

The Lakers started their recent three-game road trip with impressive wins in Atlanta and Houston, before having 140 dropped on them in a 140-106 loss to the Mavericks in Dallas.

The Nuggets' offense is finding its stride

The Los Angeles Lakers will have their hands full with a Denver Nuggets squad scoring 110.0 points per game during its past three games. The Nuggets also dropped 127.3 points per game on the Lakers in sweeping last year's three-game set, so Los Angeles desperately needs to find some sort of defensive cohesion on Sunday to slow down a Nuggets offense that has pulled Denver out of an early-season 2-7 hole.

Is Kobe ready to step back a bit?

Bryant has a rough shooting night against the Mavs, missing his first eight shots and going 6-for-22 from the field altogether. The rest of his Lakers teammates shot sixty percent, and likely would have benefited from a few more looks their way. If Los Angeles can strike some balance between Kobe's iso tendencies and the rest of the team's offensive strengths, they have a chance to win this game.

Expect a shootout. This is a winnable game for the Los Angeles Lakers, but recent questions about certain players' effort level by head coach Byron Scott makes this a hard game to call in their favor. Add in a Denver Nuggets squad hellbent on proving its early-season doubters foolish, and the Nuggets seemingly have the advantage going into this one.