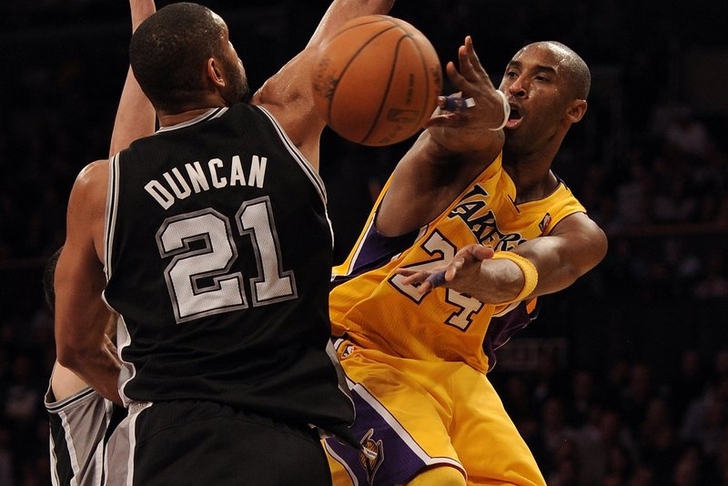 After ABC ran a video package detailing the fact that San Antonio Spurs star Tim Duncan refused to speak with Tony Parker in his first year with the team, Jackson dropped this very interesting one-liner in response:

The controversy around Bryant stems from a recent Smush Parker interview with Dan Le Batard and Bomani Jones of ESPN's Highly Questionable , where Parker detailed an interesting conversation he had with Bryant during his playing days in L.A.

“He [Bryant] told me one day at practice," Parker said, via Micah Peters of For The Win. "I tried to talk to him outside of basketball, about football. And he looked at me in practice and was dead serious and said, ‘You can’t talk to me. You need more accolades under your belt before you come talk to me.’”

With the similar situation occurring in San Antonio during Tony Parker's rookie season, Mark Jackson felt inclined to point out the double standard being applied.

Whether the media will listen is entirely a different beast.