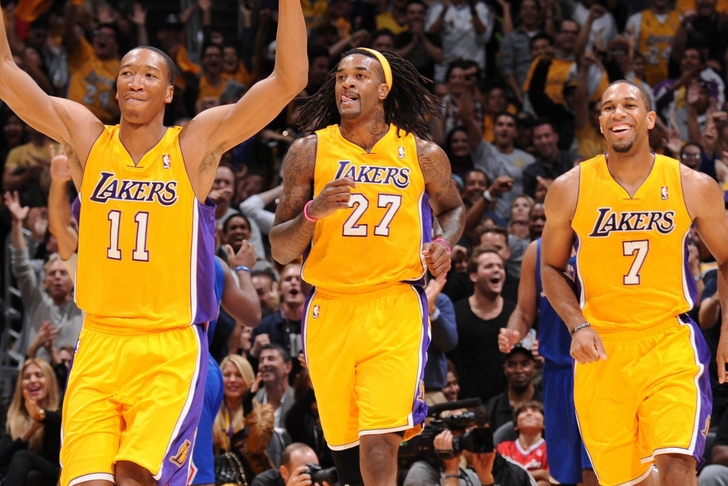 The Los Angeles Lakers (7-7) travel to the Nation's Capitol to take on the Washington Wizards (5-8), Tuesday night. The Lakers go into Washington with a three game winning streak, with each of those wins coming at home. Tuesday's game marks the first of three on the road for the Lakers.

The Washington Wizards have one of the top backcourts in the league with John Wall and Bradley Beal. Both guards are quick and like to get out and run. Former Lakers Trevor Ariza is the starting small forward for Washington and is also a scoring threat from all over

the court. The froncourt for the Wizards has a Jordan Hill look-alike in Nene and a newly acquired center Marcin Gortat. The frontcourt of the Lakers matches up well but the potential problem lies in the backcourt and swing position.

The Washington Wizards currently sit in fifth place with an average of 24.2 assists per game. Transition defense is going to be a big point of emphasis for the Lakers and need to avoid allowing the Wizards to score off of turnovers. Xavier Henry, Jodie Meeks, Jordan Farmar and Steve Blake can neutralize the up-tempo scoring of the Wizards by knocking down timely threes and making sure that at least one of them gets back on shots that go up.

Prediction: The Lakers are able to slow down the game enough to create turnovers in the not so efficient half-court offense of the Wizards. Jordan Hill and Pau Gasol take care of the ball and contribute largely against a front court that may be a bit inferior.