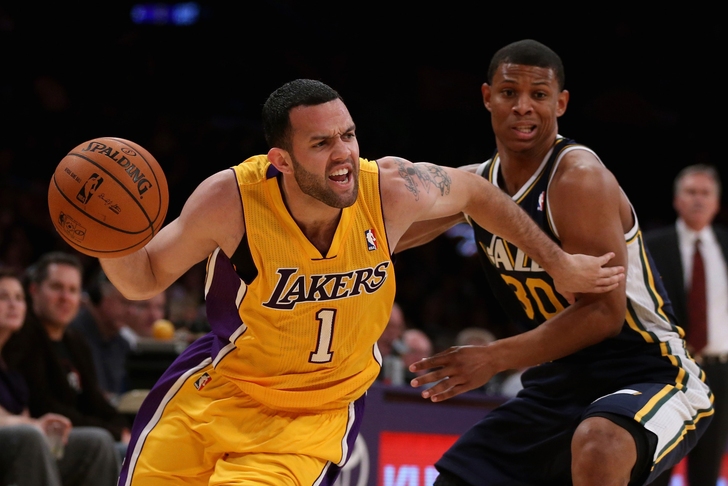 The Los Angeles Lakers (13-16) hit the road and head to Utah to take on the Western Conference-Worst Utah Jazz (8-23). Coming off of a close Christmas day game with the defending champions Miami Heat should have given this Lakers squad some needed confidence after a couple recent blowouts.

The Lakers will be without Pau Gasol who didn't make the trip due to a respiratory issue that also caused him to miss a game last week. Leaving fans to wonder, who is going to start in his place? During last weeks game Chris Kaman rotated into the starting lineup in place of Pau but has since seen very limited playing time. Maybe he is in Coach D'antoni's doghouse? But for what? Another possible starter could be Ryan Kelly with Jordan Hill also starting in the front court. Kelly is a former four-year Duke star and is more of a stretch power forward who likes to roam around the perimeter.

Looking to avoid their first four game losing streak of the season the Lakers have a very winnable matchup. Even with Pau Gasol the Lakers get out rebounded by five per game. Fortunately for the Lakers, Utah is one of the worst rebounding teams in the league. They average 41.1 per game which ranks 26th overall. The Jazz have really struggled offensively of late as they are averaging only 88.5 ppg over their last six, a stretch where they went 2-4.

Athletically these two teams match up well and the Jazz are plenty capable of running with the Lakers. Los Angeles will likely showcase their fourteenth, that's right fourteenth starting lineup this season. The Jazz yield a small starting lineup which leads me to believe that D'antoni will turn to Kelly in the starting lineup.

The Lakers get strong performances out of Jodie Meeks (19pts), Nick Young (24pts, 2 assists) and Jordan Farmar (7-10 assists) and come away with the win.