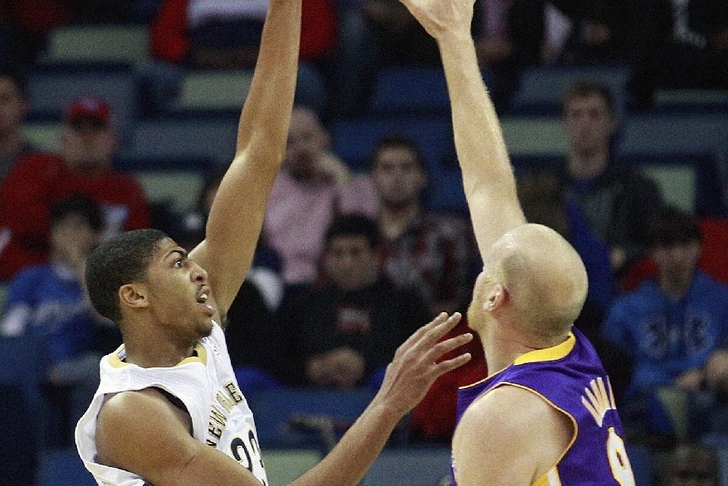 The Los Angeles Lakers will be seeking revenge on Tuesday night as they host the New Orleans Pelicans. The two teams recently squared off last Friday night in a game where the Pelicans won 96-85 and saw Anthony Davis set a new career high in points with 32. The Lakers frontcourt isn't exactly athletic which allowed Davis to pretty much do what he wanted on Friday night.

For the Lakers to be able to come away with the win they will need to be able to slow down Davis. More importantly they need to be able to score some points. Scoring only 85 points in the NBA will rarely get it done. Davis had six blocks on Friday night and outplayed both Pau Gasol and Chris Kaman. Gasol needs to play much better than Friday night. With no Steve Nash (back) who is expected to be out at least two weeks, Steve Blake, Jordan Farmar and Xavier Henry will play even more minutes than they already have. Jodie Meeks should also see extended minutes and has had his three pointer working thus far this season. The Pelicans are a young and athletic team who can run the Lakers into the ground if they wanted. The one plus for the Lakers is the Pelicans could have a bad shooting night, which isn't a long shot as the Pelicans shoot under 43 percent from the field.