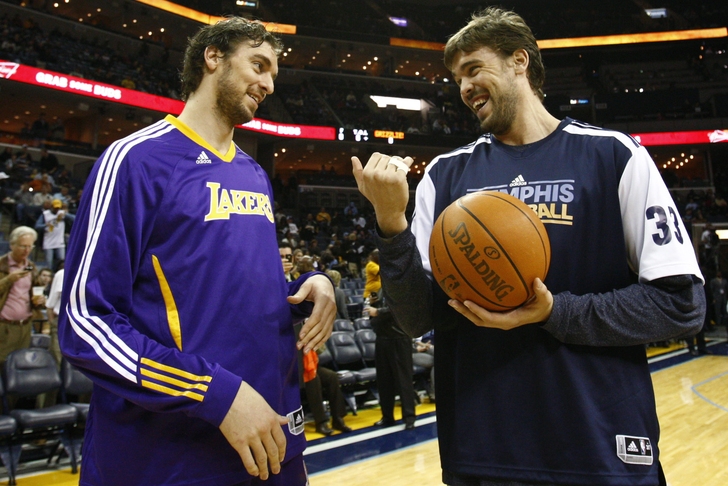 The Los Angeles Lakers (4-6) play host to the Memphis Grizzlies (3-5) this Friday Night in a battle of the Gasol brothers. The Lakers are coming into this one off of a loss to the Denver Nuggets in the second of the dreaded back-to-back games that they have not been able to figure out. Fortunately for the Lake Show this game is a stand alone game.

So far this season the Lakers haven't been able to keep a consistent starting lineup going. Recently, starting Jordan Hill has paid off really well. Hill is averaging 19.5 points and 13 rebounds over the last two games, both games in which he started. He has been dominant on the offensive glass and is presenting the Lakers with plenty of second chance opportunities. Against the Grizzlies those rebounding lanes may not be there  with Marc Gasol and Zach Randolph down low, with both certainly going to be looking to put a body on Hill. With the extra attention you can expect Pau Gasol to step up and have one of his better games this season.

The Grizzlies haven't looked like the same team that they were last season and are looking for a confidence boost. Their per game scoring is one of the lowest in the league thus far this season. Averaging only 94.6 PPG which ranks 23 in the league.

Prediction: Pau Gasol double-doubles and Xavier Henry establishes himself as a go-to player and the Lakers beat the Grizzlies considerably easy.