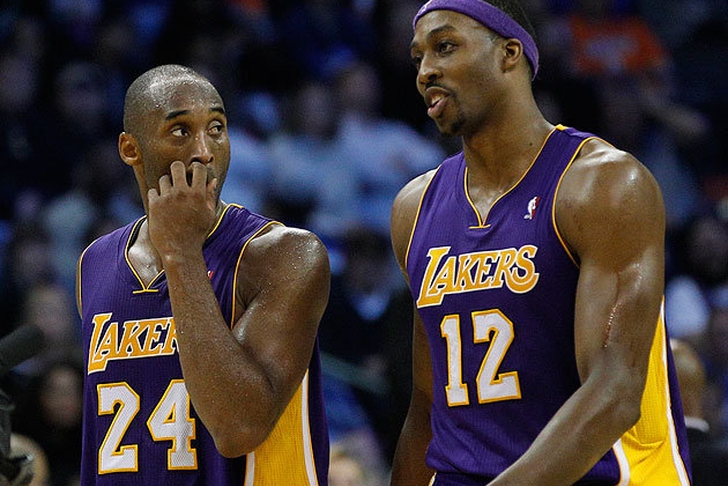 Several outlets have their "sources" reporting that in his meetings with the Lakers, Dwight Howard was frustrated because Los Angeles would not establish a clear timetable for ending the Kobe Bryant era.

This was not, mind you, in "the meeting" with the Lakers on July 2, which would be supremely awkward because Bryant himself was there, but rather in a series of more informal meetings before NBA free agency officially started on July 1.

The immediate reaction to this is of course that Howard wants to be top-dog on a team, which is probably true in part. However, it could also mean that Howard does not want to play on a team that will give a missive percentage of it's cap space to one player, especially considering Bryant's recent comments that he plans to play a few more seasons beyond his current contract, which expires this year, but does not plan to take a pay cut.

[RELATED: Kobe Bryant will not take pay cut on next contract]

"I just really think the timing in L.A., it wasn't right for me," Howard told ESPNLosAngeles.com's Dave McMenamin on Friday. "Maybe two years ago, or 2-3 years from now, it would have been the right time. But I just think right now the timing was off for me."

Howard also expressed displeasure with Lakers head coach Mike D'Antoni, and admitted that he asked the team to hire Phil Jackson instead back in October, saying that "(D'Antoni's) style was a little bit different than what I was accustomed to." The Lakers, however, maintained that D'Antoni would be retained as head coach.

Speaking of styles, Kobe Bryant had a bit to say about Howard's style of leadership.

"He has his way of leading that he feels like would be most effective and would work for him," Bryant said. "And obviously the way we've gone about it with this organization and the leaders that we've had - myself, Magic [Johnson] and Kareem [Abdul-Jabbar] - we've done it a different way."