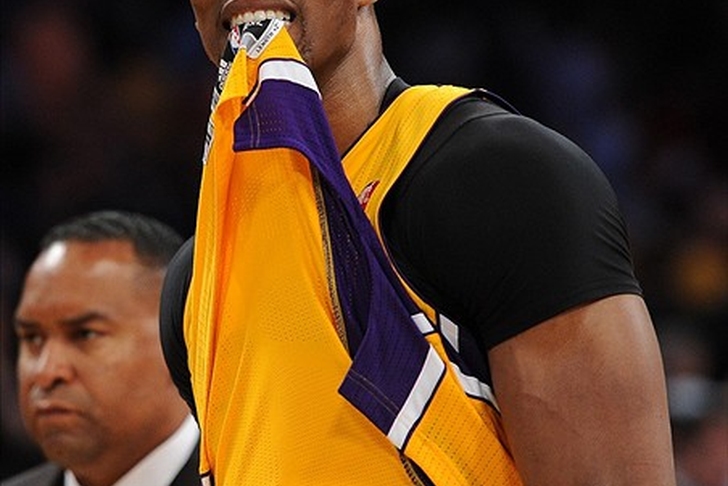 If you were to name the top-5 most talked about things regarding the Lakers this offseason, No.1 would be Dwight Howard. No. 2 would be Kobe's recovery, and then Nos. 3-5 would be Howard as well. Maybe actually 3-10.

As chronicled as Lake Show Life, Shaquille O'Neal weighed in on Howard's trying first season in Los Angeles the other day. He had a few choice words regarding Howard's attitude (too playful) and his ability to play with pressure (an inherent must in Los Angeles).

Lake Show Life also has a very interesting posts regarding the "myths" of Dwight Howard from a statistical perspective. Among those tackled: Dwight Howard isn't a good post player, Dwight's best days are behind him, and the Lakers would be better off without him. Head over to Lake Show Life for more on both of those.