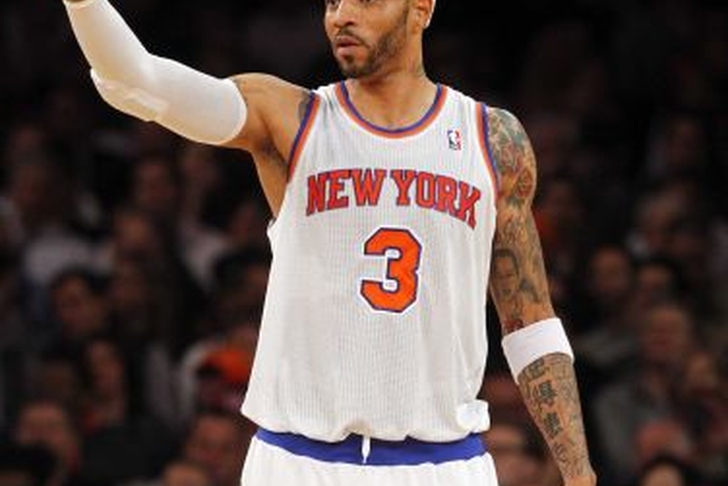 With Dwight Howard now officially gone, the Lakers' attention shifts to the remaining free agents on the market. Many would like to see the team hold off on even a medium-sized signing in an effort to save money for next offseason, which has been quite hyped to say the least. However, the strength of the 2014 NBA free agent class is a bit of a myth, as most big names (like Paul George) probably won't end up as free agents.

So who is out there for this year? With the Lakers choosing to amnesty Metta World Peace Monday, they freed up close to $8 million in cap space, but also got rid of the lone true small forward remaining on their roster. And while on paper Nash-Gasol-Kobe looks decent on paper, the Lakers still only have 10 players on their roster if you include Chris Kaman. As of now, the starting lineup is Nash, Jodie Meeks, Bryant, Gasol and Kaman. Realistically, the Lakers are seven deep with Steve Blake and Jordan Hill on the bench. Otherwise, who else would you really trust on the court? Exactly.

According to ESPNLA's Dave McMenamin, the Lakers are said to have interest in shooting guard Raja Bell and power forward Kenyon Martin.

A few free agents still out there who I've been told all have interest in the Lakers: Raja Bell, Kenyon Martin, Bobby Brown

Bell was under contract with Utah last year, but the Jazz literally paid him to not play as he sat out all year after two disappointing seasons with Utah prior to that. But Bell is a good shooter - 41 percent career from three-point range - which is something the Lakers are in dire need of. And he could easily be signed within the mid-level exception or for the veteran's minimum, as even without World Peace on the books the Lakers are well into the luxury tax.

Martin would be interesting because Los Angeles needs much more help outside than in. Still, he's probably one of the top free agents available. He's seen a sharp decrease in minutes and points the last few years, but was very efficient with the Knicks last season, shooting upwards of 60 percent and providing a strong presence on the boards.