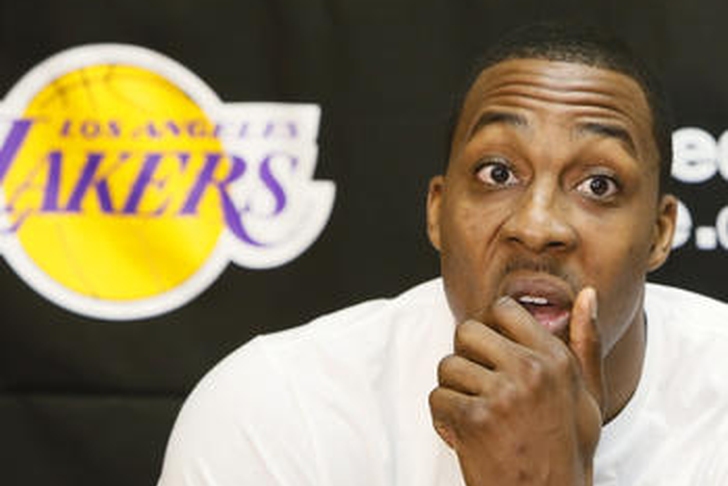 Follow Chat Sports
NBA free agency period official gets underway on July 1, but players aren't allowed to sign new contracts until July 10. That is exactly when Dwight Howard intends to sign, according to ESPNLA's Dave McMenamin.

Don't expect an extended free agency process with Dwight. A source close to DH tells me that he will sign the first day available - July 10

It's extremely unlikely that Howard will choose to come back to the Lakers, as many reports have said in recent weeks. He doesn't like the pressure the L.A. market brings from both media and fans.

[RELATED: Howard not likely to re-sign with Lakers]

The Houston Rockets' Chandler Parson said he talks to Howard almost every day about Dwight joining the Rockets, and now Dirk Nowitzki said he has talked to Howard a few times this offseason as well.

"I've reached out to him and told him we'd love to have him," Nowitzki told ESPNDallas.com. "That's really about it. It's not like we call each other every day.

"I'm sure he has a couple of meetings set up for whenever that might be in early July. Hopefully the Mavs are one of those teams, and we'll go from there."

Of course, the Mavericks have been openly pursuing Howard for several seasons, trying to trade for him multiple times and clearing out more than $20 million in salary for this offseason in order to offer Howard a maximum contract.

"We'd love to have him," said Nowitzki. "But so would the other teams with cap room, which is a couple. We'll just wait and see what happens."

Howard has become the most coveted free agent since LeBron James in 2010, and in stark contrast to James' "The Decision," Howard does not want a drawn out free agency period and all of the attention that would bring, preferring instead to end the speculation as soon as he can.