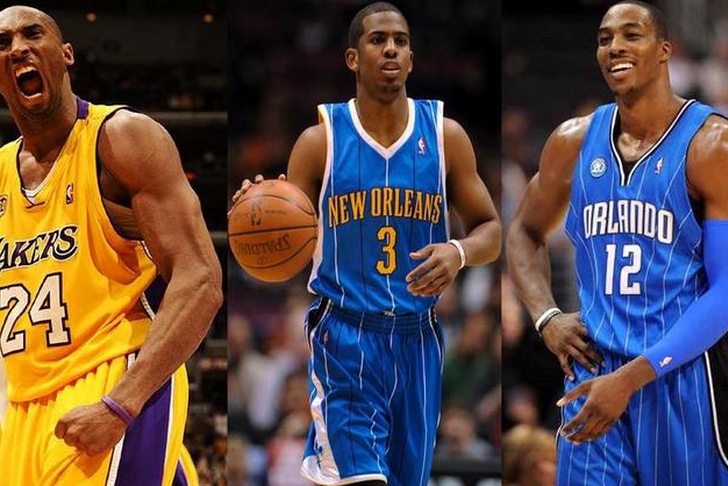 Much, much talk has been made in the last few days over the possibility of Dwight Howard and Chris Paul teaming up together next year. The pair of unrestricted free agents have reportedly been texting about it, and naturally that leads to rampant speculation over their possible destinations. Of course, regardless of Paul, there is rampant speculation over Dwight Howard's future with (or away from) the Lakers.

LakerNation conducted a poll of their readers (aka Lakers fan, I hope) regarding several of the issues and possibilities surrounding the future of Howard, Paul, coach Mike D'Antoni and Kobe Bryant. The answers are quite illuminating, and the analysis of each dilemma is doubly so.

Of course you want the Lakers to sign Paul, but how realistic is that? The amnesty clause seems like a great idea, but who really would it be worth it to use it on? Head over to LakerNation for that and more.