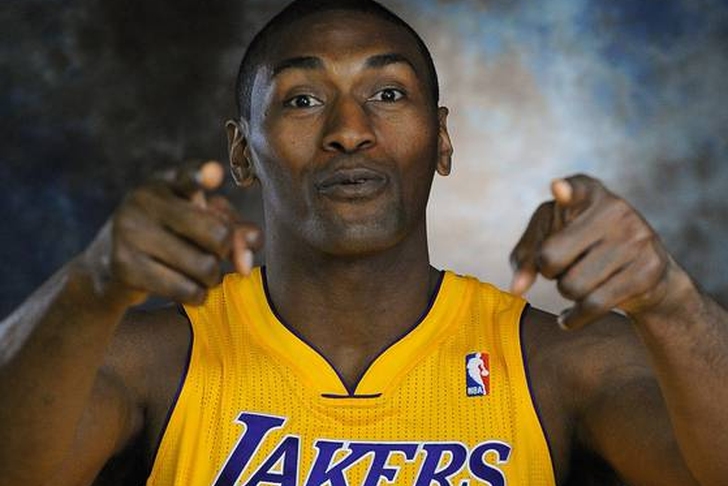 As USA Today first reported, Lakers small forward Metta World Peace will exercise his player option and remain on the team for at least one more year. World Peace could have opted out to become an unrestricted free agent, but likely would not have been able to sign for the $7.7 million he is due from the Lakers this year.

Today was the deadline for World Peace to decide, a process that was certainly not made easier by all the uncertainty surrounding the future of center Dwight Howard. But even if Howard leaves, the man formerly known as Ron Artest has contributed nicely in his four years with the Lakers. The 33-year old saw an increase in scoring by 4.5 points per game under Mike D'Antoni last year, even while battling through a torn meniscus.

However, there is a real possibility the Lakers use the amnesty clause on World Peace, which allows the team to release a player an not have his salary count against the cap, although he is still due the money.

While that may seem like a waste of $7.7 million, in actuality it could save the Lakers much more. Even without Dwight Howard, the Lakers are looking at a payroll of more than $80 million next year, and more than $100 million if Howard re-signs. Either of those would put them way, way above the NBA's luxury tax threshold, costing the Lakers even more money on top of their already-expensive roster.