Los Angeles Lakers News: Lakers will have the highest Luxury Tax next season 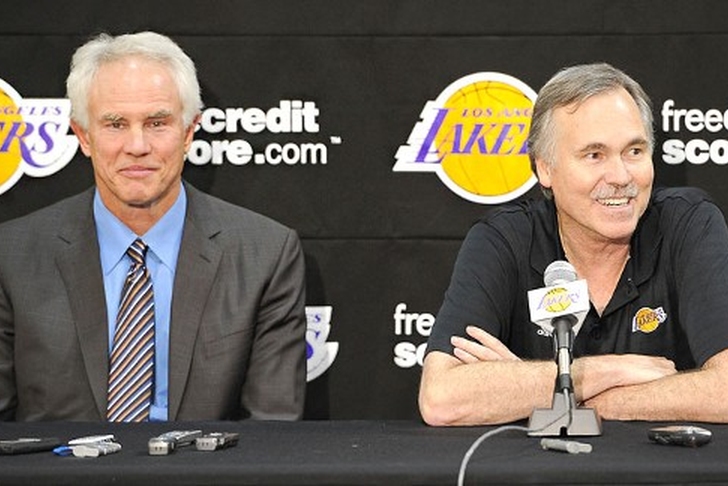 The NBA announced it's salary cap and luxury tax thresholds Tuesday night, with the cap coming in at $58.7 million and the luxury tax at $71.7 million. The Lakers salary next year, even with Howard off the books, will be well over both. With the additions of Kris Kaman and Jordan Farmar, the total salary comes out to some $81.6 million - $9.9 million over the tax, meaning Los Angeles will have to pay an additional $29.3 million in taxes, tops in the league.

The luxury tax is significantly more punitive this year. Whereas in years past teams would pay a fine of simply the amount they were over the tax limit, teams will now pay incrementally. For the first $5 million a team is over the tax, they will pay $1.50 on the dollar (for a total of $7.5 million, if a team is more than $5 million over). From $5 million to $10 million the tax is increased to $1.75 per dollar.

Those numbers alone total to $16.25 million in fines for the Lakers. However, Los Angeles is a "repeat offender," meaning they were over the tax last season as well, and are subsequent to almost double the fines.