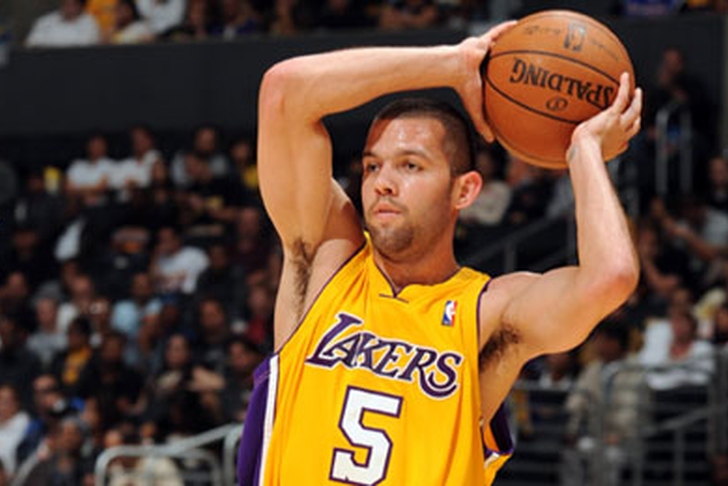 The Lakers have brought back point guard Jordan Farmar, multiple outlets are reporting. Farmar played four season with Los Angeles after getting drafted in the first round by the Lakers out of UCLA in 2006.

Farmer signed with the Nets as a free agent in 2010 and had the two best years of his career with them. But he was traded to and then waived by the Atlanta Hawks prior to last season and spent the year in the Turkish Basketball League.

The Lakers will have to buy out the remaining two years of his deal from the Turkish team, but it should be very minimal as Farmer is said to have an opt-out clause to return to the NBA. He will sign of the veteran's minimum.

LAL has reached an agreement to bring back Jordan Farmar on a one-year, vet min contract. Must negotiate buyout w/ his Turkey team first