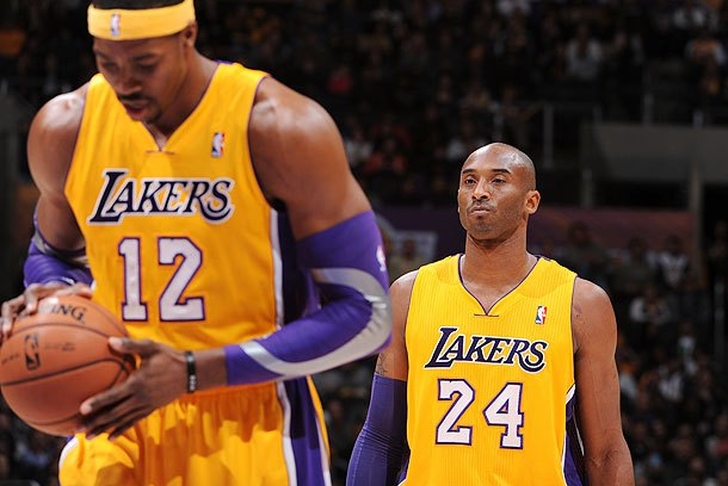 With the plethora of news in Laker-Land the last few days, it should come as no surprise that the one and only Kobe Bean Bryant has taken to his twitter to give us all his thoughts. Specifically over a period of about 90 minutes last night. It all started with this, coming after the news broke that the Lakers were going to use the amnesty clause on Metta World Peace.

No game 7 win without Metta! This is a tough day for laker nation #misspeace #newcbacasualty

Kobe raises a valid point. World Peace was a valuable asset to the Lakers who played a rather critical role in their most recent title. However, with the punitive new Collective Bargaining Agreement, the Lakers simply could not rationalize him eating up $8 million of cap space. Hence Kobe's second-greatest amnesty tweet ever. This is the first. Bryant then added this to his thoughts on World Peace, which could be totally blown out of proportion to represent some sort of rift/disconnect between Kobe and Lakers management. Or it could just be, you know, Kobe's thoughts on twitter.

Personally I'd keep Metta and make a run with the unit we have and just add a few pieces #keepthepeace #lakersstilldeciding — Kobe Bryant (@kobebryant) July 9, 2013

Then, after Dwight Howard bolted to Houston, Bryant un-followed Howard on twitter. Gasp!! They hate each other, right!? Here's Bryant to set the record straight.

I wish d12 the best honestly. I just find it hard to follow players that wanna kick my teams ass #thatsjustme

Kobe Bryant is a competitor people. Let's all get over it. He is one of the most ruthless competitors in the history of the game and that is no small part of what makes him so good. You've heard the stories about Michael Jordan. And then Kobe left us with this.

This one is begging to be read in to. Bryant had repeatedly challenged Howard over the course of the season, and supposedly did so again his Howard's meeting with the Lakers. Seems like this was his subtle dig at Dwight.