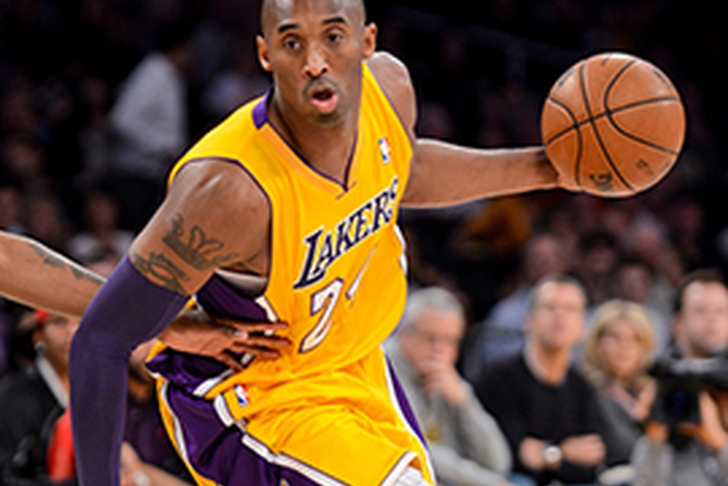 Kobe Bean Bryant went on ESPNLA 710 radio this afternoon to talk about, well, everything. It's one of the few public media appearances Kobe has made since the Lakers season ended, mainly keeping us all posted using his Twitter and Instagram accounts.

The first topic was, naturally, Kobe's recovery from a torn achilles.

“I’ve been rehabbing for about a month, almost a month and a half,” Bryant said. “At the beginning stages, it’s really boring stuff. Just trying to break up the scar tissue, make sure your toes are working.

“Now, we’re starting to do some things, some strength work. I think it’s gonna be fine. I’m very pleased with where I’m at. I can get up in the morning and walk to the bathroom like nothing was wrong. There was a point there where you’d get up and it would be really stiff. Now it feels fine."

Bryant was never expected to be ready by the start of the season, and most people expected him to remain out until the new year. But this is Kobe Bryant we're dealing with here.

“I’m shooting November or December latest,” said Bryant. “That's my goal in my head. I’m really really determined about getting there. As soon as I can do heavy weights and conditioning, then it’s on me. I wont have any fear about it rupturing again. I mean there's nothing I can do about it. If it tears again, it tears. But, once I can go, it’s on.”

Next came the impending free agency season, specifically all the rumors surrounding Dwight Howard, who is an unrestricted free agent in case you've been living under a rock. Bryant said a few weeks ago he had spoken briefly to Howard, "just to check in," buy today said he hasn't since then. But he made his thoughts on Howard's potential re-signing clear.

“It’s not like you have guys like Dwight Howard just walking around every day,” Bryant said. “Those guys are hard to find, they don't grow on trees. When you have somebody like that with his talent level, you have to be able to keep him and lock him in with this franchise."