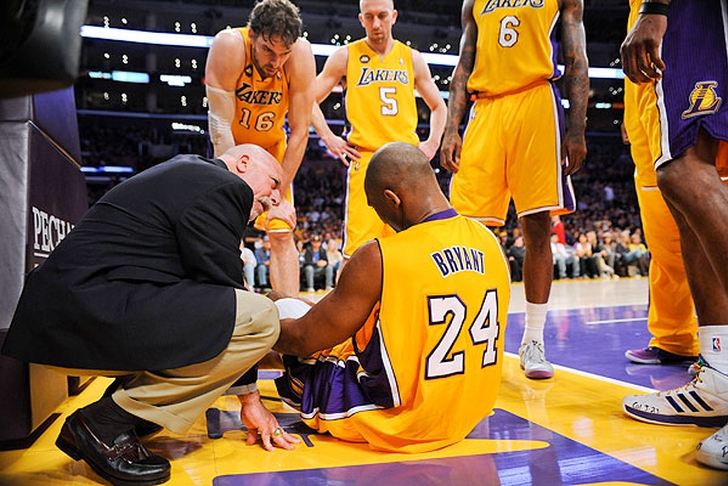 What are the worst things that could happen to the Lakers this offseason, the nightmare scenarios coming together to spell eminent doom? Lake Show Life has a look at some of the possible calamities, and their potential consequences. The top-5:

Then of course the Lakers miss the playoffs with their roster full of nobody's (looking at you, Chris Duhon), but don't suck enough to get a top-3 pick and draft another solid role player but no one special. What a lovely way to spend the season (and next few years maybe).

Of course, that is the absolute worst case scenario (that's foreseeable), but obviously not much fun to think about.