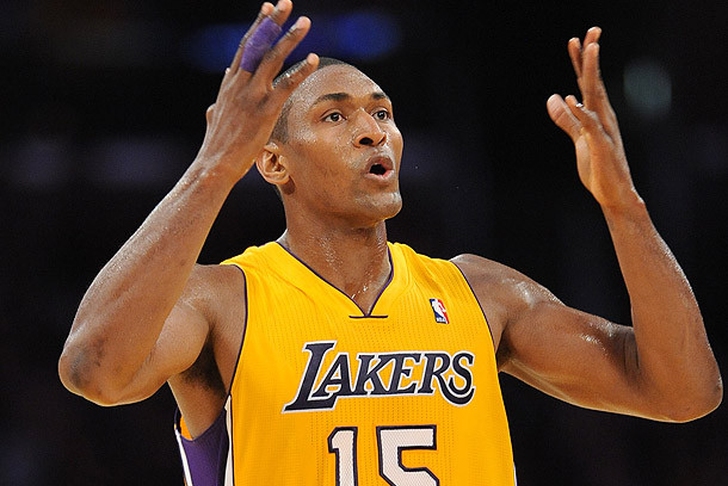 This 2012-2013 Lakers team was one of the most maddeningly frustrating squads in recent memory. Seemingly wildly underachieving, yet still showing flashes of the brilliance that everyone envisioned at the beginning of the season with a starting five of Steve Nash, Kobe Bryant, Metta World Peace, Pau Gasol and Dwight Howard. Of course, Nash missed much of the season with injuries, World Peace was forced into a bigger role than intended and Gasol and Howard did not play close to the level expected of them (that's about par for the course with Gasol, but not what the team and fans had in mind when Howard came from Orlando).

Forum Blue & Gold has a very enlightening analysis of which players on the Lakers were most consistent, and which were more of a coin flip. Some are entirely unsurprising (like Nash being No. 2 on the team in consistency or World Peace ranking towards the bottom), but others might surprise you. Head over to Forum Blue & Gold to check it out.