Los Angeles Lakers News: Dwight Howard to meet with Houston Rockets and others 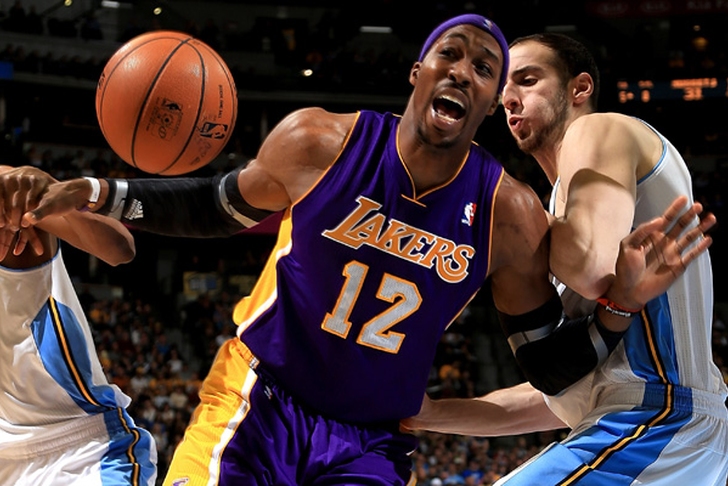 Both Yahoo! Sports and ESPN are reporting that Dwight Howard is set to meet with the Houston Rockets on Monday in Los Angeles, the first day of the NBA free agency period.

The Rockets have emerged as the frontrunners for Howard, with the Dallas Mavericks, Atlanta Hawks and of course the Los Angeles Lakers also pursuing him heavily. The Los Angeles Clippers and Golden State Warriors have also been rumored to be making strong plays for Howard.

Howard is set to meet with Houston, Atlanta and Golden State on Monday, then Dallas Tuesday morning and the Lakers last, which the Lakers specifically requested.

[RELATED: Dwight Howard not likely to re-sign with Lakers]

The Lakers have a large advantage in the contract they can offer Howard, a five-year, $117.5 million maximum deal, while all other teams could only offer him four years and $88 million. What the Rockets will try to sell is significantly lower taxes in Texas than California and a chance to make a huge marketing imprint in China. Because of Yao Ming and Jeremy Lin, Houston is the most televised team in that country.

Reports have made it clear that Howard intends to sign a new deal on July 10, the very first day he can do so.

Keep it locked right here for all of the latest Dwight Howard free agency rumors and breaking news.