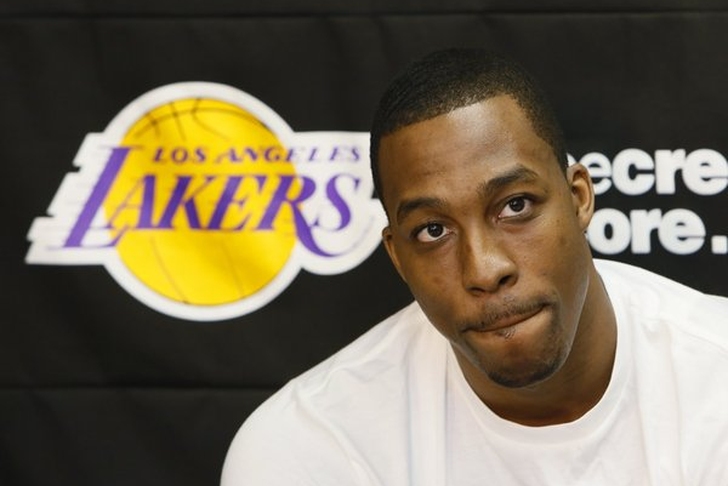 The meetings are over, and now the contemplation can begin.

After a whirl wind tour that saw him meet with five NBA teams in under 48 hours from Sunday night to Tuesday afternoon, Dwight Howard has made his way to Aspen, Co., where he will spend the next few days deciding where he will play basketball next year.

Five teams are in the running for his service: the Houston Rockets, Dallas Mavericks, Golden State Warriors, Atlanta Hawks and, of course, the Los Angeles Lakers. Howard has always been expected to make a decision by July 10, the first day players are allowed to sign a new contract. Now, according to several reports, he is expected to make a decision by Friday the fifth.

From what I'm told by someone privy to Dwight Howard's plans, a Friday decision will be announced without a question from Jim Gray

On Monday, Howard met first with the Atlanta Hawks. From a basketball perspective, the Hawks seem to have the least to offer Howard of any of the five teams remaining. But he is from Atlanta, and athletes always seem to give some extra consideration to hometown teams. However, the Hawks are considered to be a very big longshot.

Like the Hawks, the Warriors seemed to be included on the final list almost as a courtesy. But Howard walked away from the Warriors very impressed with the plan they laid out for him and his future with the team. Golden State, however, does not have the cap space to sign Howard outright, and would have to engineer a sign-and-trade with the Los Angeles. But the Lakers have repeatedly stated they have no interest in, preferring to keep the open cap space for next offseason.

The Dallas Mavericks met with Howard Tuesday morning, and members of the Howard camp say he is intrigued by playing for charismatic owner Mark Cuban. With the 2014 offseason shaping up to be one of the most important in recent memory, Mavericks star Dirk Nowitzki has said he his willing to take a significant pay cut to sign another big-time player to go alongside him and Howard.

Still, many expect it to come down to the Lakers and the Houston Rockets. Houston seems to have everything Howard seems to want: he would step in and immediately become the best player on a highly competitive team with little pressure to win - at least compared to Los Angeles.

As Howard's most recent team, the Lakers can offer him a more lucrative contract than the Rockets or any other team, but not by nearly as much as the $30 million number being thrown around. Houston is selling Howard on the great core of talent they already have established, and would instantly become a championship contender with Howard.

Los Angeles, on the other hand, is trying to sell Howard on the future. Despite the 16 Hall of Famers the Lakers have in Springfield, Mass., not one was present at the Lakers' meeting with Howard (unless you want to count future Hall of Famers Kobe Bryant and Steve Nash). Nash is the only player the Lakers currently have signed for the 2014-15 season, putting the team in prime position to make a lot of moves next summer.

After the meeting with Howard on Tuesday afternoon, members of the Lakers delegation said they were pleased with how it went.

"We told (Howard) how important he is to the Lakers team, franchise, fans and community, and why we feel this is the best place for him to continue his career," said Lakers general manager Mitch Kupchak said in a statement. "We are hopeful that Dwight decides to remain a Laker."

Said Nash, "I think the Lakers did a great job and it was a really good meeting. I feel really positive about it."

Only time will tell, although it apparently won't take much of it.