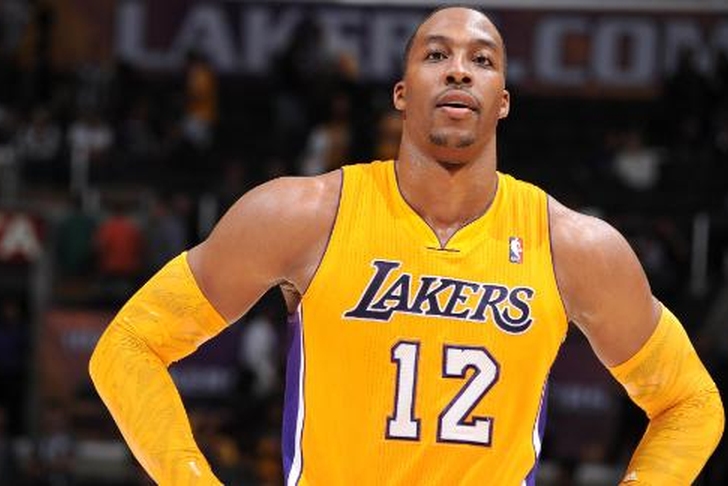 Dwight Howard is now officially a free agent, and the courtship process has begun. The Houston Rockets met with Howard Sunday evening, when Howard became a free agent at 9:01 p.m. PST. Today, Howard is meeting with both the Atlanta Hawks and the Golden State Warriors. Tomorrow, Howard will meet with with the Dallas Mavericks for lunch before wrapping up his whirlwind tour on a dinner date with the Lakers.

Lakers management specifically requested that they be last to meet with Howard, a perk he granted to them as the incumbent team (sort of like Sunday evening's quick hello with Lakers general manager Mitch Kupchak before Howard's dinner with Houston). And Los Angeles is pulling out all the stops.

There were of course the billboards (#StayD12) a few weeks ago to start it all off, at least publicly. Jack Nicholson talked on the phone with Howard about staying. Steve Nash tweeted this morning that he was getting on a plane to L.A. to meet with Dwight this evening. And look at what Phil Jackson tweeted directly to Howard yesterday.

@dwighthoward “i’m going up to the country going to paint my mailbox blue.” While i’m there I expect to see you get on board tis ur place

The Lakers are expected to send Kupchak, Nash, Kobe Bryant, coach Mike D'Antoni and owner Jim Buss to the meeting tomorrow evening, as well as executives from Time Warner, the TV rights holder for the Lakers.

Bryant went through a similar situation in 2004, contemplating leaving the Lakers before a face-to-face meeting with late owner Jerry Buss convinced him to stay. Buss' thesis that day: There is no team like the Lakers. For Kobe that worked, and he battled through down times to endear himself to Lakers fans for all time. But he earned that endearment. For Howard, saying "there is no team like the Lakers" could be exactly what he doesn't want to hear.