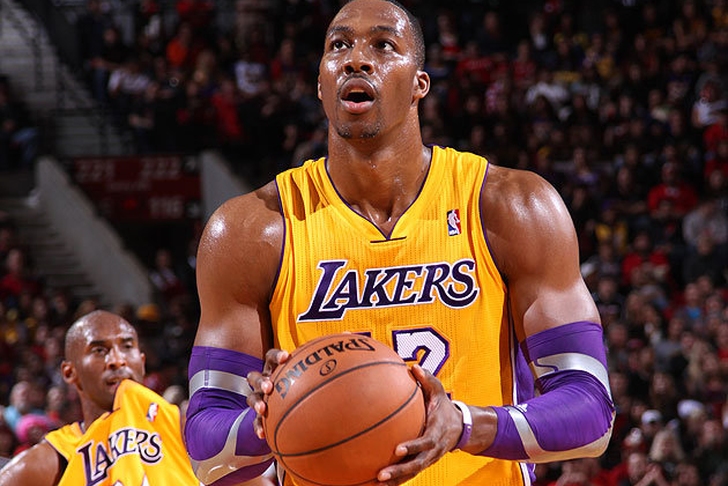 Here's what we know: next year the NBA luxury tax is expected to be about $75.5 million. The Los Angeles Lakers currently have $68.1 million in guaranteed salary for next season. If Metta World Peace does not opt out of his contract, that's another $7.7 million, bringing the total to $75.8 million. And if, as the Lakers want, Dwight Howard re-signs, tack on another $20 million or so and you're looking at a payroll nearing $100 million.

The Lakers are said to be extremely uninterested in a sign-and-trade sort of deal with Howard, and based on the nuances of the salary cap this makes sense. Because Los Angeles will almost certainly be in the tax, they cannot bring on another player who is currently a free agent (unless they sign him for a mid-level exception). For example, they could re-sign Dwight Howard and then trade him for LeBron (like the Heat would do that), but they could not orchestrate a deal for another player who was part of a sign-and-trade to the Lakers (for example, if Chris Paul were to re-sign with the Clippers and then get swung to the Lakers).

So this effectively eliminates Monta Ellis from consideration, who opted out of his contract last week and had been speculated as a possible signee. Basically, if Dwight doesn't re-sign, the Lakers are left with nothing. And while that sounds bad, it might actually be better long-term. Think about that one....