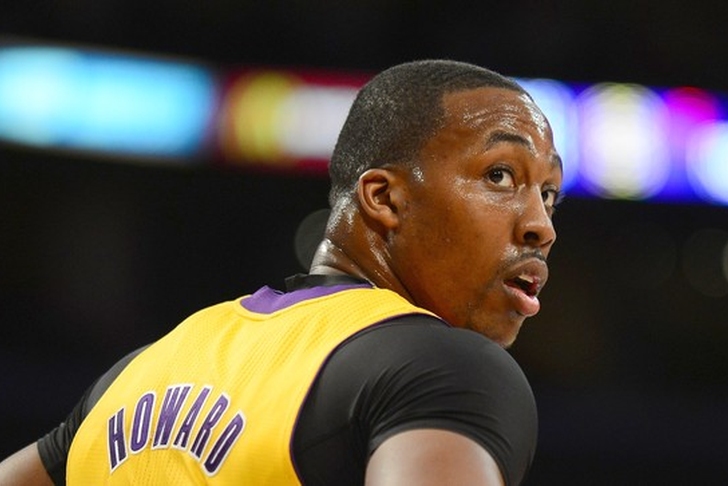 The speculation over Dwight Howard's future (with or without the Lakers) has reached DEFCON 2 (DEFCON 1 seems a little absurd), and finally Howard himself has graced us with his thoughts. Speaking with Janis Carr of the Orange Country Register (in an article which is not even worth linking to because it is behind a paywall), Dwight spoke for the first time about his offseason and his impending free agency. Per OC Register Lakers beat writer Kevin Ding, Howard offered no hints at his possible decision.

"This is my chance to choose my own destiny instead of letting... someone else choose it," said Howard. "So I'm going to really sit down and think about what is best for me as far as basketball and what is going to make me happy.

"I will sit down with these teams and hear what they have to say, see if their plans and my plans fit and go with the best option that will help my game expand, and get to where I want to get to."

"There's nothing one team can say to sway me away from another team. It's just going to be what's best for me basketball-wise. That's how I'm going to approach it."

Of course, having Chris Paul on that team might help, as the pair of unrestricted free agents have been rumored to be texting about joining forces somewhere.

Dwight also talked about his physical conditioning, which seemed sub-par to say the least throughout the season. Howard said he is "pushing the reset button," on his conditioning in an attempt to get his back fully healed and return to the level he felt he was at in Orlando.