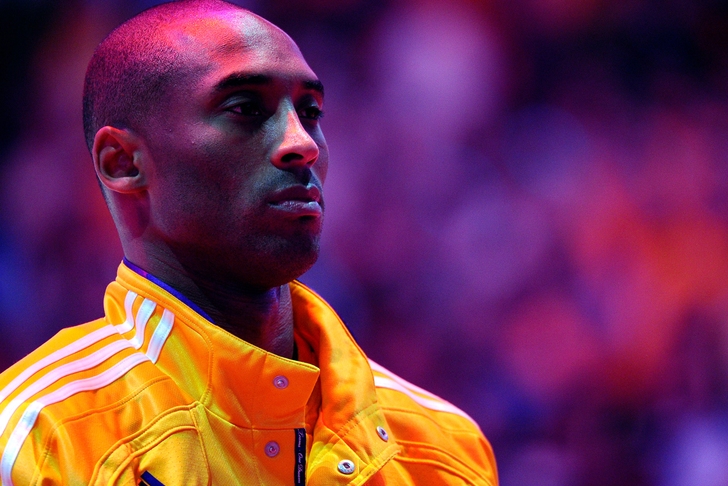 A world-wide Kobe Bryant watch has taken place since he tore his Achilles tendon toward the end of last season. Lakers fans and NBA fans alike have been waiting to see just how quick the "Black Mamba" can return. It has been a little over six months now and there is plenty to report about the Mamba. A return for the season opener is very unlikely but Bryant is still on a record-setting pace to return from this type of injury. Lets create a timeline of events, tweets and more of the rollercoaster offseason of Kobe Bryant.

Bryant said he felt a "pop" in his left tendon when he went to make his move to the basket. Bryant also took to Facebook to show his frustration and to confirm that this is not the end.

“All the training and sacrifice just flew out the window with one step that I’ve done millions of times! The frustration is unbearable. The anger is rage. Why the hell did this happen?!? Makes no damn sense,” he wrote on his Facebook page. He goes on to say, “One day, the beginning of a new career journey will commence, today is NOT that day.”

Being such a competitor Bryant wasted no time in going under the knife to repair his Achilles tendon.

May 7, 2013: Bryant posts picture of Achilles bandaged up just under a month after surgery.

Walking in my "medical mamba" shoes made by Nike in 2 weeks with extra support for the Achilles… http://t.co/fmJLy8bBjG

June 30, 2013: Kobe shares picture of him on the court with no brace shooting free throws.

Only 11 weeks after his surgery Bryant again shows his fans the determination he has to get back on the playing court.

Aug. 30, 2013: Bryant tweets a video of himself jumping off a high-dive into a pool. Claiming he is getting closer to his return and shows us in an unorthodox way. Kobe's tweet read (with link to video):

Sep. 27, 2013: Kobe Bryant claims he is ready to ramp up his recovery as he comes into the final stages. Bryant said:

"I'm feeling good. It's been a long process but it's been a challenging one and I'm looking forward to coming back this year and being on point," said Bryant. "It's doing well, it's getting stronger and stronger every day, which is all we can ask for at this point," he said. "The obstacle now is just the recovery of it." "I can push it a lot harder but now it's about cutting the recovery time from a Monday tough workout, to be able to do the same workout on Tuesday and Wednesday and so forth," continued Bryant. "It's just about shortening that recovery time and then I should be OK."

Oct. 3, 2013: Kobe travels to Germany to undergo an innovative knee procedure that isn't allowed in the states.

With the Black Mamba becoming a social media expert he of course found time to snap a picture of his knee during the procedure.

It has clearly been a very, very busy offseason for the Black Mamba. One in which he became a social media expert/addict but also one where he has put in a lot of work to get himself back onto the court. For Kobe the work is not done yet and he knows that better than anyone else. When will Kobe be back? Will he be the Same Kobe Bryant that we all know? What can he offer to this year's Lakers team? These questions and many more can only be answered in time. With the 2013-2014 season opener six days away the pressure for Kobe to return is going to become greater. The one thing that Kobe needs to do is to not rush the return back so he doesn't end up in this situation once again.