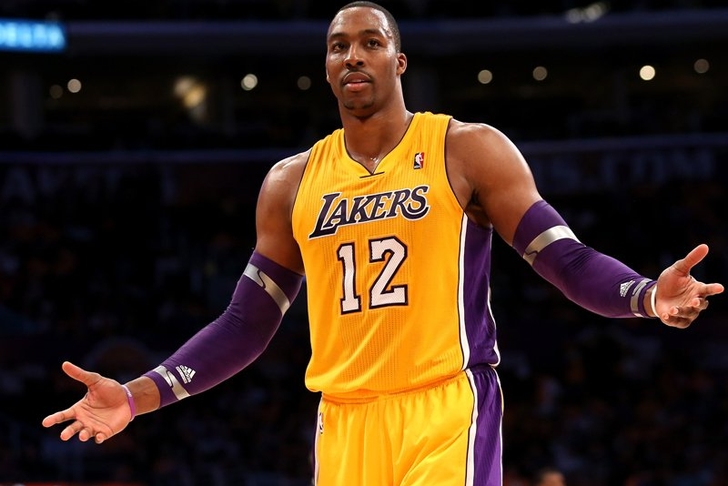 Reports surfaced this morning that Dwight Howard will not be resigning with the Los Angeles Lakers this offseason, despite the $30 million extra they are able to pay him over any other team. ESPN's Chris Broussard first reported the rumor, although it must be said that Broussard's "sources" have been rather suspect in the past to say the least.

The Lakers, as his most recent team, can offer Howard a five-year, $118 million maximum contract, while other teams can "only" offer him $88 million over four years. However, Howard is reportedly willing to give up the additional $30 million to play with a coach whose system he feels he would be better utilized in.

Teams and prospective free agents aren't allowed to have contact until July 1, when Howard is set to meet with Dallas, Houston and the L.A. Clippers, among others. He wants to be close to a decision by the time he is first allowed to sign a new contract on July 10.

Howard did not like playing under the intensive media pressure of the Lakers, nor did he especially care to be the No. 2 option behind Kobe Bryant. And he really did not like Mike D'Antoni's system, which is thought to be the principle reason for his eagerness to leave. He wants to be the top guy in a less intensive market.

Keep it locked here for all the latest Dwight Howard news and rumors.