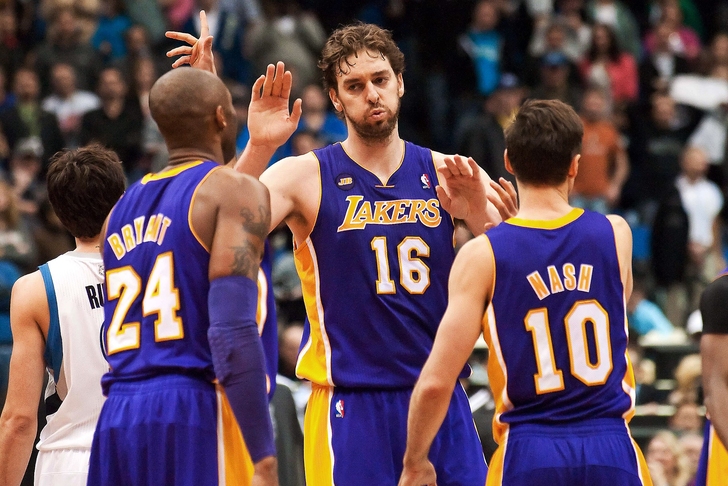 The Los Angeles Lakers are coming into the 2013-2014 season with lower expectations than they have had in a long time. For every team in the NBA their season can go one way

or the other. This year that statement couldn't prove more true for the Lakers. The story of the Los Angeles Lakers is simple; talented, experienced and old. Steve Nash is 39 years old and the oldest active player in the NBA. Kobe Bryant is 35, Pau Gasol, 33, Steve Blake, 33, are the most notable players over 30. The average age of the Lakers is 28.9 years-old, making them the 26th oldest team in the NBA.

Head Coach Mike D'antoni's strategy of resting certain players works as all Lakers starters stay healthy throughout the regular and postseason, on their way to the championship. The bench plays much better than expected and proves to be one of the top second units in the NBA. Kobe Bryant doesn't miss a beat when he returns and looks to facilitate and get everyone involved, taking pressure off of himself to score and allowing Nash to get the rest he needs per game. It's no secret, the Lakers players and coaches believe they can still make a push to the NBA championship. Why not? When you have a guy like Kobe Bryant it's always a possibility. Even with him missing some time at the beginning of the season, his ultimate goal each and every year is a championship, he has an attitude that is infectious in the locker room.

The Lakers, without Kobe Bryant, come out and start the season almost as slow as last season leaving Mitch Kupchak and the front office with no choice but to make some things happen. Unfortunately for them and Lakers fans their most expendable piece could be Pau Gasol. It will take a while to get the deal done and what they get in return won't be as much as many people think they should, but at this point they are just clearing even more cap space for what could be a complete rebuilding off-season. Once Kobe does come back he struggles to get into basketball shape and just adds to the Lakers struggles. The bench proves to be incompetent and give little to no support to the starters.

For Lakers fans and the organization the best-case scenario is obviously what they would both like to see. With the current Lakers roster, it is easy to see how just a few little things can make a huge difference in the upcoming season.