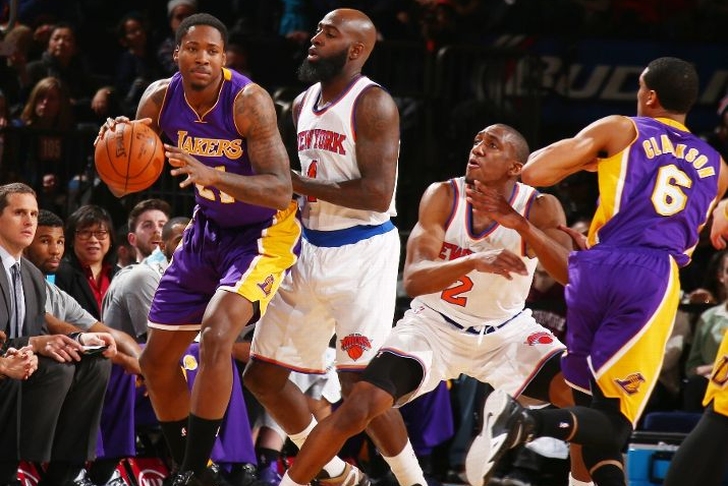 The Los Angeles Lakers and New York Knicks are not where we usually see them, fighting for the No. 1 pick in the draft instead of for playoff positioning. Both teams are in the midst of evaluating the players on the roster to see who will stick around through rebuilding process.

In a matchup like this between two of the worst teams in the league, the players don't have anything to play for other than personal pride and to make a roster next season. While that puts some pressure on guys, they usually don't play with the same intensity as they would if they were fighting for a playoff spot. Whoever plays harder in this game will win.

Someone has to win this, and the Lakers are at home, which gives them an edge. Add in Kobe Bryant on the bench, and he's going to make sure Los Angeles is playing hard.