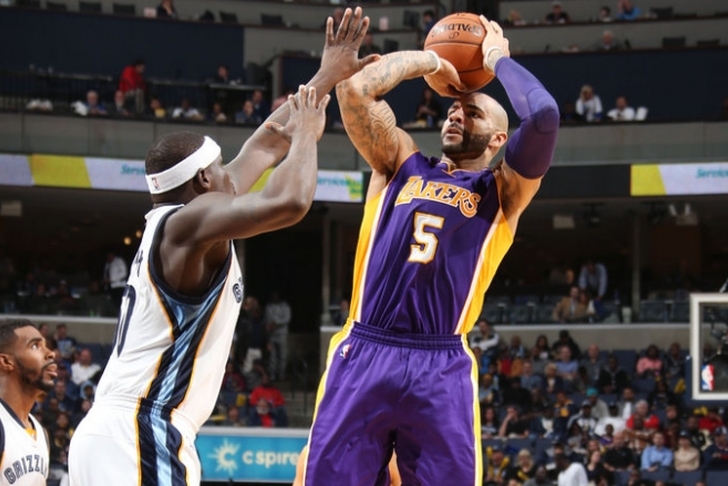 The Los Angeles Lakers (3-11) host Marc Gasol and the Memphis Grizzlies (12-2) on Wednesday night at the Staples Center.

In the first game of their current four-game homestand, the Lakers lost to the Denver Nuggets in overtime on Sunday - they'll want to right the ship quickly before a rough early December schedule that sees them play 6 of 8 on the road.

Can the Lakers keep it competitive?

This Lakers squad beat the Houston Rockets in an impressive showing last week...but then followed that up with a 34-point loss to the Dallas Mavericks. This team can hang with the best in the west...but whether they keep it close depends on which Lakers team shows up on Wednesday.

Will Kobe's frustration boil over?

Bryant is clearly growing tired of his team's struggles, and it showed in Sunday's loss to Denver when he tried to play one-on-five in the final minutes. Kobe was even seen telling teammates to "get the f*** out of my way" after a TV timeout - a big loss to Memphis certainly won't help the situation.

The Lakers just don't have the personnel to hang with the West's elite teams on a nightly basis. The Grizzlies are a much deeper team than Houston, and it'll be hard for Kobe to go off with Tony Allen in his face for 40 minutes...none of that bodes well for Los Angeles. The Lakers gave Memphis a scare in a 107-102 loss earlier in November, but the Grizzlies won't let a 17-point fourth-quarter lead evaporate twice.