Lakers vs. Celtics: The greatest rivalry? 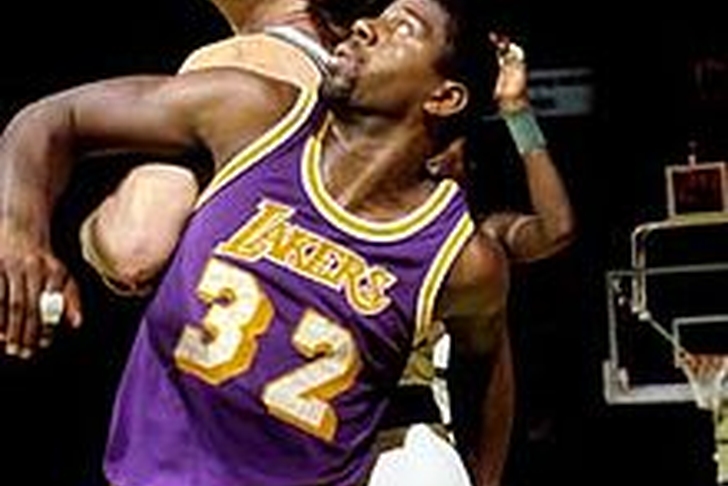 The Lakers take on the Celtics tonight at TD Garden, prompting many to reevaluate the greatest sports rivalries of all time. Sports rivalries are sometimes forged from shear proximity (Michigan vs. Ohio St., Auburn vs. Alabama, USC vs. UCLA, etc.), or from decades of competitive balance (Lakers vs. Celtics, Packers vs. Bears, Dodgers vs. Giants, etc.). Sometimes rivalries are manufactured to drum up interest in a particular series (most NHL playoff series), or can even start with just one incident (Red Sox trading Babe Ruth to the Yankees). There are short-lived rivalries (Red Wings vs. Avalanche), rivalries where one side feels stronger than the other (Michigan vs. Michigan St., Clippers vs. Lakers), and even the split-sport rivalry (UNC vs. NC State football, UNC vs. Duke basketball).

One sided rivalries are not really rivalries for that very reason: they're one sided. For a rivalry to be truly at its peak, both sides need to be able to win the game. It can ebb and flow, but it cannot be a rivalry when one teams wins every time. No one considers the Washington Generals and Harlem Globetrotters to be rivals, nor did most consider the Yankees and Red Sox to be true rivals until the Red Sox starting winning games and series.

College sports rivalries are natural not only because of the proximity, but also because they play each other every year, no matter what. The losing team's fans can look forward to the next matchup, while the winning team's fans have their time to gloat. The abundance of games mean that the next big matchup is right around the corner.

Pro rivalries are usually made in the playoffs. Continuous years of 4-7 game series with the same team will inevitably breed some form of contempt. The same players, the same teams, the same fans, fresh with memories of recent success/failures. Most come within the same conference, as the likelihood of playing each other in the playoffs is increased.

And that's what makes the Lakers vs. Celtics rivalry so amazing. While they might play one or two games against each other during the 82 game season, the rivalry was formed in the NBA Finals. Both teams at their peak, playing one series for the Championship. When college rivals play, it might be for a conference title, but rarely ever for a National Championship. The Lakers and Celtics have forged their rivalry in the toughest of settings, with the most on the line.

So is it the greatest rivalry in sports?

It depends on where you live of course, as our culture is anything but objective when it comes to sports. It is definitely one of the greatest rivalries, no matter where you live. Two teams, often competing at the highest level, for the highest honor in that sport. It's hard to beat that.

As for tonight's match up, the Celtics are coming in hot, winning 4 in a row, and 9 out of their last 10. The Lakers are coming into the game anti-hot, losing their last two games by fading down the stretch in the 4th quarter. They've been notoriously terrible on the road this season, and their playing in MSG against Jeremy Lin and the Knicks tomorrow night in a back-to-back.

I'd love to tell you that the Lakers will use their height advantage and pound the ball inside with Bynum and Pau against the creaky legs of Jermaine O'Neal and Kevin Garnett. I'd also love to tell you that Rajon Rondo is still a little injured, and won't be able to abuse Derek Fisher and our other point guards like every other PG has done to us all season. And I'd REALLY love to tell you that Kobe will go off on some ridiculous night, scoring a Garden record and giving Boston one final dagger.

But unfortunately I just don't see it happening. What I foresee is a close game, both of these teams are older and will play a half-court game, where Mike Brown will go against what's been working earlier in the game. He'll run plays in the 4th quarter where Pau or Bynum end up on the baseline with nowhere to go and no way to get the ball. Everyone else will stand around and wait for Kobe to take a much-to-difficult shot. If those go in, we win. But not this year unfortunately. And it kills me to say that. Celtics win. Boo-urns.