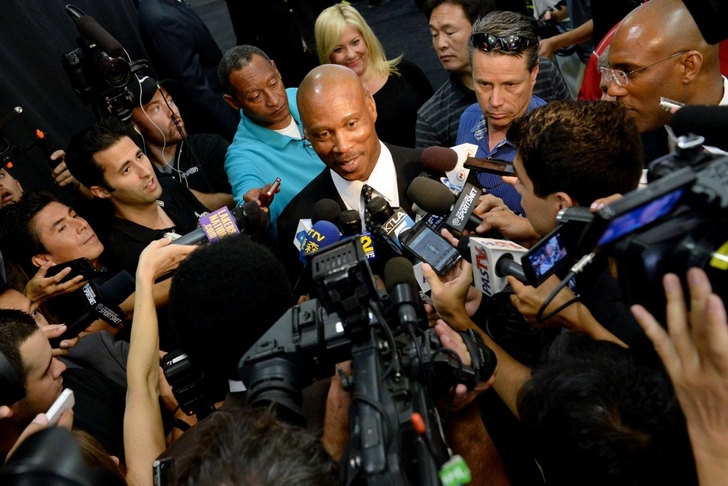 Excitement is back at the Staples Center, but not necessarily in a way the Lakers hoped for. Sure, the additions of Jeremy Lin, Julius Randle and Carlos Boozer may increase ticket sales, but there is little hope for making the playoffs in the ultra competitive western conference.

As expected, the Lakers will be fighting to remain above .500 and maybe, just maybe, they will show glimpses of a team that can mold into a future contender with the right pieces.

The season will begin and end with Kobe Bryant's return. Bryant, who is entering his 19th season, is rumored to be at full health -- for what it's worth -- and has his eyes set on embracing being a potential dark horse. The verdict is still out on whether or not this will be a success.

Potential is the key word here. As a long-time leader and someone who is notorious for being the most competitive player in the league, Bryant is in some respects expected to have this mindset. Having said that, Bryant's attitude is nothing more than wishful thinking. He may currently be blind to the reality of the situation, but it will soon be revealed.

With this current roster, Bryant will have an almost impossible task in front of him. From keeping his health in tact to trying to lead a completely new roster, the mess that is the Lakers spill at any moment.

On the flip side, the Lakers have a handful of young talent that will keep its fans entertained. Despite losing the starting role to Boozer, Randle is a player the Lakers hope to build into a future centerpiece. Lin, who is trying to reestablish his image away from "Linsanity" will also be a player to look out for. Figure in unknowns like Jordan Clarkson from Missouri and Ed Davis and the Lakers just might have a few established role players by the end of the season.

Even during a losing season, there are story lines to be written. Sometimes, these discussions lead nowhere and sometimes they provide momentary hope for a fan base that is desperate to get back to the top. May not be what Lakers fans are trying to hear at the moment, but it's all they've got.

For now, the Lakers have a big question mark next to their name. However, if there is one lesson that has been learned over the course of their history, it is to never count them out. Dr. Jerry Buss may no longer be involved in the winning equation, but there is a crucial offseason ahead for the Lakers that could end up changing their misfortunes.

This season will be a mixture of Bryant drama, testing Byron Scott and developing new talent. It won't be about contending. Look for these story lines and by this time next year, they just may be about something better.