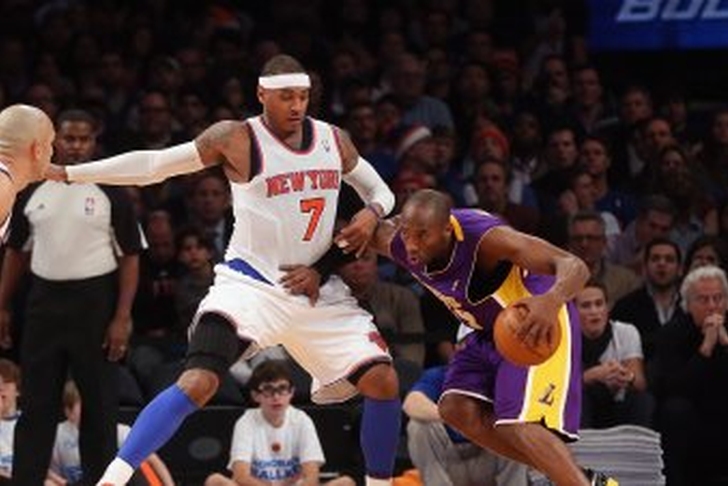 As you have probably heard, next summer is slated to be on of the most transformative NBA offseasons for some time, with the likes of Kobe Bryant, Carmelo Anthony and one LeBron James possibly becoming free agents.

The Lakers have roughly $10 million in salary committed for the 2014-2015 season, meaning they will have $50 million-plus in salary cap space next offseason, and already the rumors have started swirling about a possible west coast Big Three of Bryant, Anthony and James.

If that sounds outrageous, it is for a number of reasons. But this is the Los Angeles Lakers, and if there is any team in the league that could pull off that sort of coup, it is the Lakers.

TMZ caught up with Anthony this week and asked him if he could envision himself in Lakers colors in the future. His response: "I doubt it."

Of course, there is almost no reason whatsoever to read into this in the slightest. Anthony isn't going to come out and say "absolutely, I'm ready to sign now" when he still has a full season with the Knicks left, and a season where (amazingly) the Knicks might be able to accomplish something at that. And the reality is that he probably doesn't know yet.

Brace yourselves, the rumors are coming.