Lakers and Knicks top Forbes NBA's most valuable teams, but who's really on top? 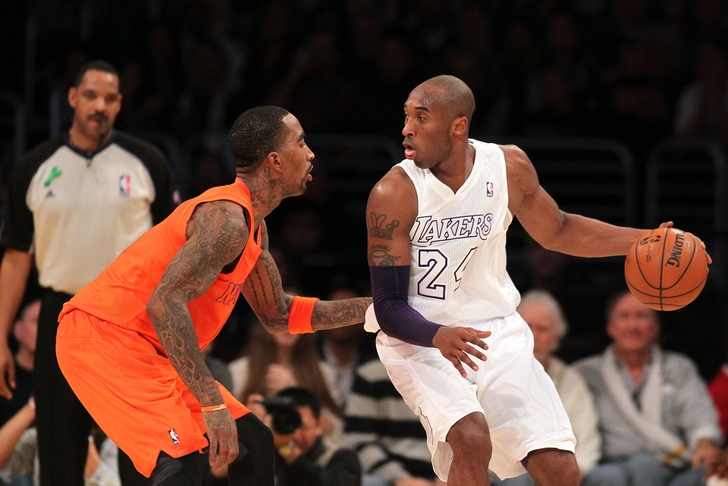 Forbes recently released a list of the NBA's most valuable teams (equity plus debt) during a year when team values experienced over a 25 percent increase to $634 million. And to no surprise, the New York Knicks ($1.4 billion) and Los Angeles Lakers ($1.35 billion) topped the list. These two teams may boast sub-500 records and be on track to miss the playoffs, but their recent renovations and TV deals have allowed them to stay relevant in a certain capacity.

This within itself shows the irony of the NBA.

If you take a look at the current standings, you'll notice that the top four teams aren't among the top five on the Forbes list. Aside from the Miami Heat (7th) and San Antonio Spurs (10), the so-called top tier teams in the league find themselves on the outside looking in in regards to their estimated value. Money may not necessarily correlate to wins and losses, but it is intriguing to see a list that points to how little it reflects a team's success.

Ranking in at No. 22 on the list is the Indiana Pacers ($475 million), who currently hold the best record in the NBA. The Pacers are projected to be title contenders this season, but their outcome from equity plus debt pales in comparison to projected lottery teams such as the Knicks and Lakers. This is the reality of being in a small market, but that doesn't mean there isn't room to grow.

Just beside the Pacers lie the Indianapolis Colts, who are considered to be their NFL counterparts. The Colts were recently rated No. 11 on the Forbes most valuable NFL teams list, this coming even after the departure of Peyton Manning. Just like the Pacers, the Colts have proven that they can thrive in a small market, and have shown the ceiling can be pushed to an extent when it comes to creating revenue, even in a different league.

The mere reality of the NBA as well as other professional sports leagues is that big market teams like the Knicks and Lakers will always top the Forbes list regardless of how many losses they record. You can argue that both the Knicks and Lakers are in record low states in regards to their future direction, but their numbers continue to rise on a yearly basis.

Following their three-year, $1 billion renovation of Madison Square Garden, the Knicks experienced a 27 percent increase in their total worth, while the Lakers received a 35 percent bump in their total worth in correlation with their recent 20-year, $3 billion TV deal with Time Warner Cable. It should be noted that the payout from Time Warner Cable deal was more than 20 times what teams like the Bucks and Bobcats generated last season alone.

What the Forbes list shows is not only the level of irony that will continue to exist in the NBA under the current system, but the unfairness that comes with it. Even if a team like the Pacers won multiple championships in the coming years, there is minimal chance that they crack the top 10. And while this may not necessarily be the main point when it comes to measuring the true success of a team, it is an aspect of the NBA that sheds light on something that certain teams can or cannot obtain.

Call it unfair, but remember that there is a tradeoff between making money and winning and losing.