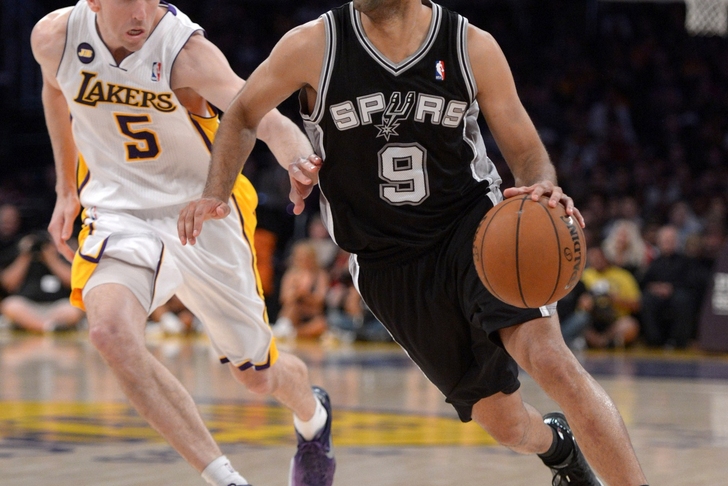 Lakers trade rumors are picking up steam with the NBA trade deadline less than three hours away, and the newest bit of speculation has a member of the LA Lakers backcourt possibly moving just up the California coast.

Longtime friend of the show @sam_amick of USA Today throws out Steve Blake as one name #Warriors might grab at trade deadline. Speculating.

The Golden State Warriors haven't been involved in a ton of legitimate trade rumors thus far, due to being locked out of trading any guaranteed first-round picks except their 2019 pick.

The LA Lakers, on the other hand, have been the subject of a litany of Pau Gasol trade rumors, but an injury to the 4-time All-Star's groin may have cemented his place in Los Angeles for the rest of the season.

With the Golden State Warriors' draft limitations, they will likely only have trade exceptions (and perhaps a role-player) to give in return...which still may be enough for a LA Lakers team looking toward the 2014-15 and beyond.

Despite being limited to just 27 games due to injury, Steve Blake has been productive for the LA Lakers while on the court--averaging 9.5 points and a career-high 7.6 assists in 33 minutes per game.

Be sure to catch the latest Lakers trade rumors here at Chat Sports. Follow our Lakers team page today.