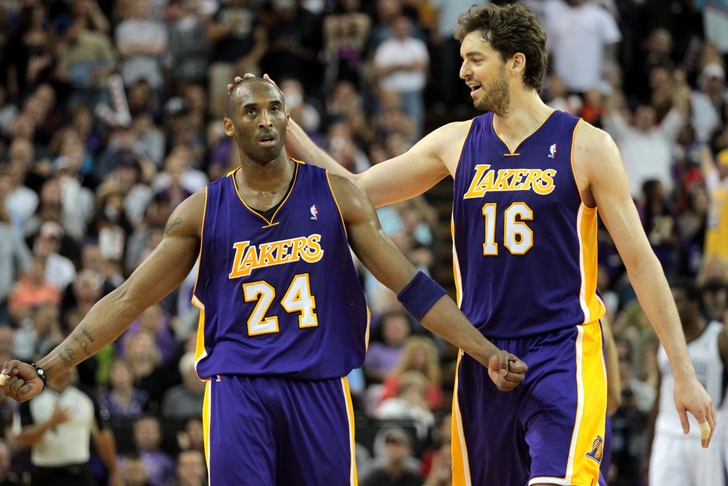 In what seems to be the umpteenth bit of Lakers trade rumors surrounding 4-time LA Lakers NBA All-Star Pau Gasol, it now seems that the Los Angeles Lakers and Phoenix Suns are back to serious talks, much to the chagrin of superstar Kobe Bryant.

Sources close to the Los Angeles Lakers are indicating that the most likely deal to occur before the February 20th NBA Trade Deadline would ship Gasol to the Phoenix Suns for center/forward Emeka Okafor and a collection of draft picks.

A deal of this nature would in all likelihood be a sour one for future Hall of Famer Kobe Bryant, who is quite comfortable having a player of the caliber of Pau Gasol by his side.

However, David Aldridge of NBA.com is also reporting that LA Lakers management is also considering retaining Pau Gasol's services over the next few seasons, in order to stay accordance with Kobe Bryant's previous wishes that Gasol remain with the organization over the length of Bryant's current contract.

"When Bryant's extension was announced, Bryant made it crystal clear he'd been told by Lakers management that not only would the team be able to re-sign Gasol this summer despite Bryant's huge numbers, but also be able to add an impact free agent."

However, with Kobe Bryant's current left knee injury keeping him out at least until mid-March, and with the LA Lakers currently sitting one game ahead of the Sacramento Kings for last place in the NBA Western Conference, there is really no telling quite yet what the Los Angeles Lakers' next move will be.

Your home for all breaking Lakers trade rumors is here at Chat Sports. Follow our Lakers team page today.